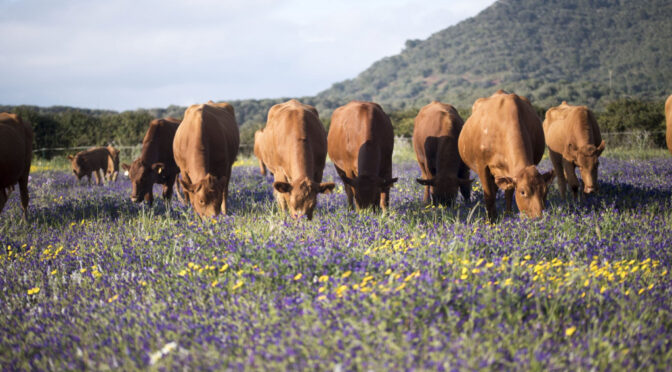 This Wednesday, 4 May, there is an opportunity to understand the Land Stewardship Scheme programme, what the objectives are, what methods it applies and how it is evolving. END_OF_DOCUMENT_TOKEN_TO_BE_REPLACED 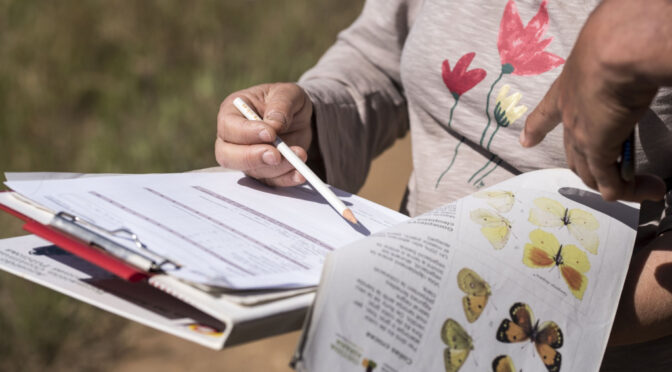 With the current good weather the Menorcan countryside becomes filled with life and colours. Now is the moment to start monitoring the bioindicators on the farms in the Land Stewardship Scheme. END_OF_DOCUMENT_TOKEN_TO_BE_REPLACED 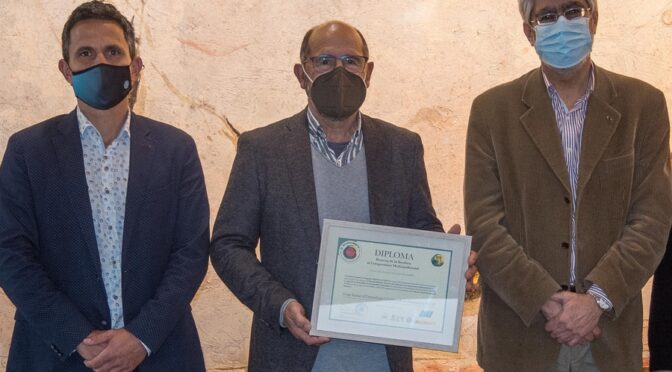 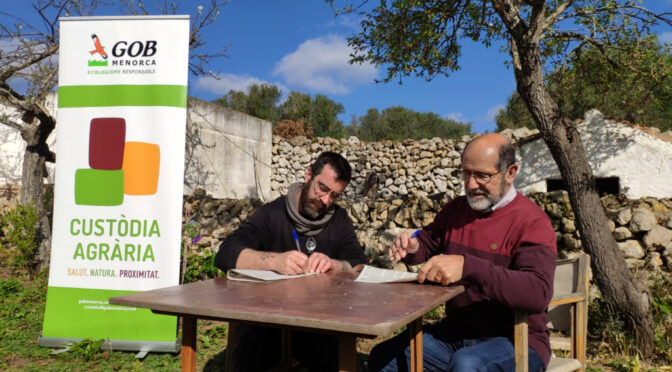 The Land Stewardship Scheme celebrates the incorporation of a new member. By signing the agreement for sustainable farming practices, the s’Alblagai farm has joined the network of farms committed to an agricultural model that is economically viable and respectful to nature. END_OF_DOCUMENT_TOKEN_TO_BE_REPLACED 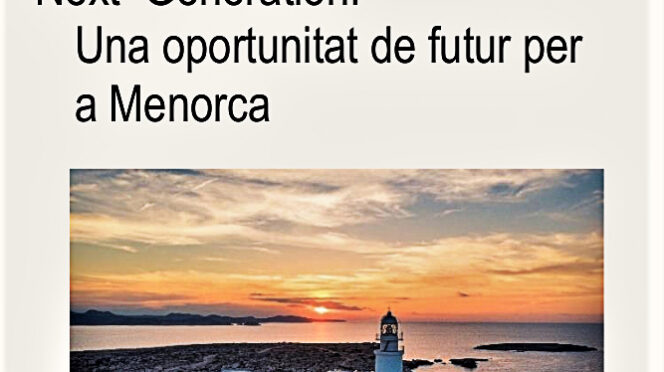 The third round table discussion on projects that are eligible for the European Next Generation funding will be on Menorcan countryside projects. It will take place on Thursday 17 February at 20h at the Mahon Ateneu and can also be followed on your canal youtube END_OF_DOCUMENT_TOKEN_TO_BE_REPLACED 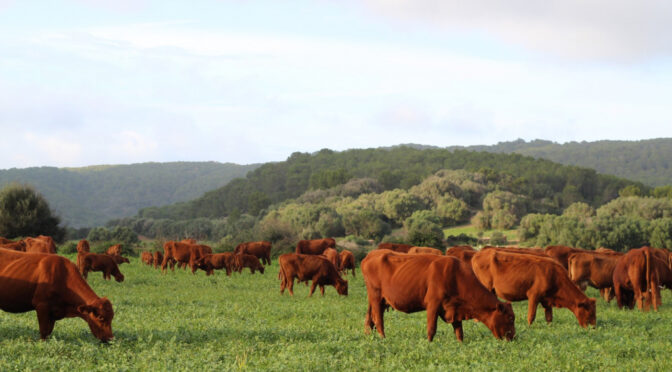 GOB has received a distinction from the Ministry of Ecological Transition for its contribution to the economic and social sustainability of the Reserve of the Biosphere of Menorca. END_OF_DOCUMENT_TOKEN_TO_BE_REPLACED 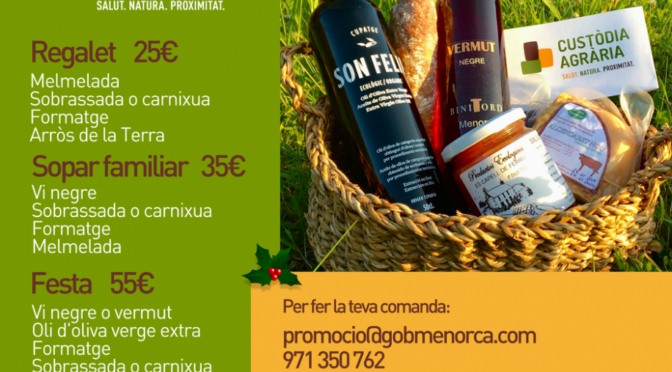 For the Christmas Season we are selling gift baskets of local items, with the added value of being sustainably produced, going much further than our table. You can personalise the contents or choose one of the three options pictured above. They make a perfect choice for a healthy and natural gift that brings a closeness to friends, family or business. END_OF_DOCUMENT_TOKEN_TO_BE_REPLACED 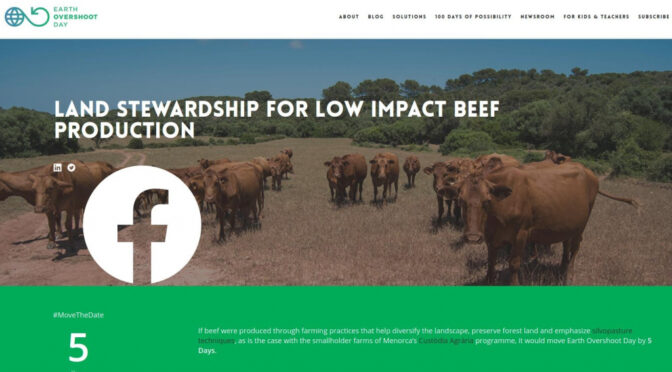 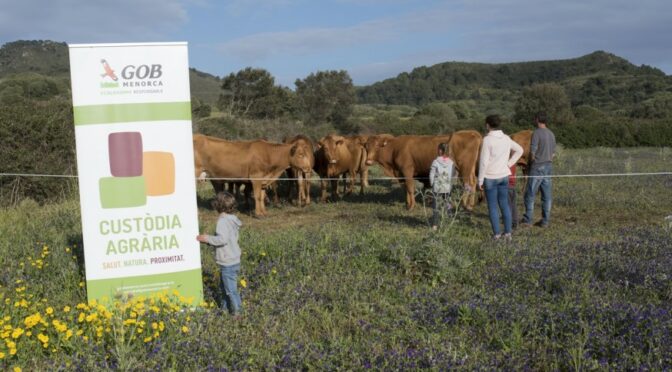 The Earth Overshoot Day marks the day in the year when the natural resources demanded by humanity is greater than the earth is able to regenerate completely for the year. That day was 29 July 2021, when we humans had consumed the produce and emitted as much pollution as the earth is capable of generating and regenerating during this year. END_OF_DOCUMENT_TOKEN_TO_BE_REPLACED 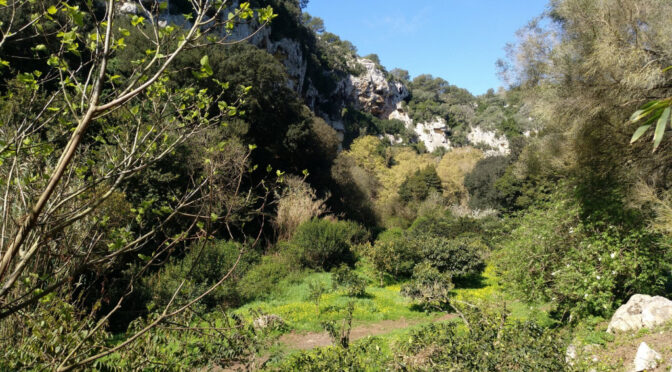 Immense cliffs, Egyptian vultures flying above, shade from holm oaks, pines and irrigation ditches remind us of past times. We are entering a place of great ecological and cultural value, notable for its legends and history that hides Es Moli de Baix, a farm newly incorporated into the network of the Land Stewardship Scheme. END_OF_DOCUMENT_TOKEN_TO_BE_REPLACED