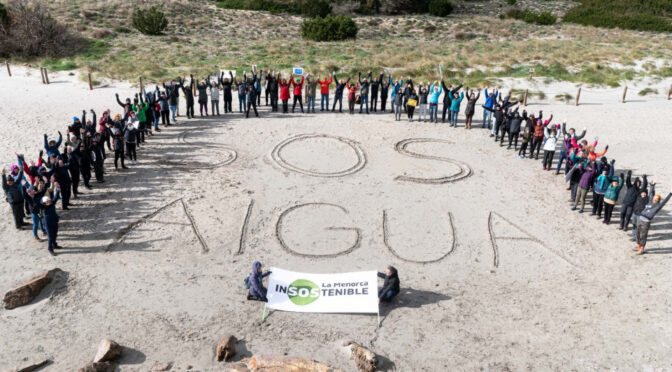 The lack of control over freshwater is affecting the Albufera. The protest excursion that took place last Sunday, in the cold, wind and downpours of rain, was aimed to explain the problem.

The Albufera consists of a wide water basin (more than 50 square kilometres) and historically the water was supplied from different sources throughout the year. However, the drilling of wells did not consider leaving even a drop for the natural environment. What is called the ecological flow does not exist and this problem is being taken very seriously.

The largest lagoon of Menorca, the “Parque Natural” (Nature Preserve) of the island, the crown of the Reserve of the Biosphere, has a habitat that has been transformed because it is no longer supplied by freshwater, the lake has become saline and the bird populations are declining drastically.

It is therefore urgent to review the existing catchments in the environment. It is important to see if they are authorised, if they have meters that have been mandatory for many years, to check if readings are being made and if the data is being sent every year as established by current legislation.

The case of the Royal Irrigation Ditch should be legally analysed. It was documented as early as the XVI century that water is sent by turns to different farms ending up at the Albufera. For many years, this circulation has not been happening because water is removed at the head of the lagoon.

Finally, more short-term activities need to be looked at, such as analysing the possibility of using part of the purified water from the new treatment plant of the northern urbanisations to take to the most protected area of Menorca and help its recovery.

Cases such as this show clearly the urgency for changing the habitual inaction in the management of water in Menorca. We need ministries to act and not be inhibited by problems. 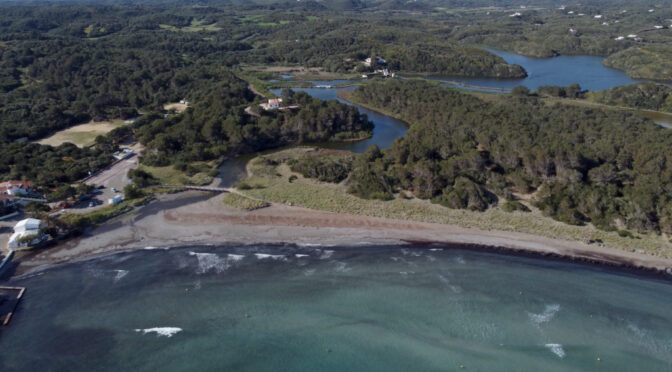 A new excursion for the campaign Menorca, InSOStenible (Unsustainable) will take place on Sunday 29 January. This time, the main subject will be the environmental effect resulting from the lowering of the water level and the lack of control over fresh water resources.

The Albufera des Grau is symbolic of Menorca’s nature. The largest wetlands area of the island suffered from repeated attempts for it to be urbanised, but the constant public response was to paralyse urban growth, the projected golf course and intentions to convert the lagoon into a nautical harbour.

In addition was the initiative of people who planted hundreds of plants and recovered the dunes area near the beach, and over the area that had been designated for a golf course and was nearly destroyed. Today, this area has completely recovered.

Nevertheless, the Albufera is dying. The progressive reduction of freshwater going into the lagoon means that it is becoming seriously saline. The impact is such that the bird populations are collapsing, which is not happening in other wetlands on the Island.

In 40 years, the Albufera has lost 90% of the usual bird population that was living there. Yes, it is a Natural Parkland, but, the uncontrolled taking of fresh water for other uses is killing off many of the natural values of this emblematic space.

The excursion, Menorca In-SOS-tenible, on Sunday will be to raise awareness of the problem, to understand the evolution of the place and consider possible solutions. People interested should meet at 10 am in the carpark of the Es Grau beach. It is estimated to end at 13.30.

It will be of low physical difficulty and there is no need for prior booking. It will not be cancelled even if the weather is bad. Please pass on this information to all your friends and, if possible, share a vehicle.

You can watch here the video commemorating 45 years of GOB in Menorca. 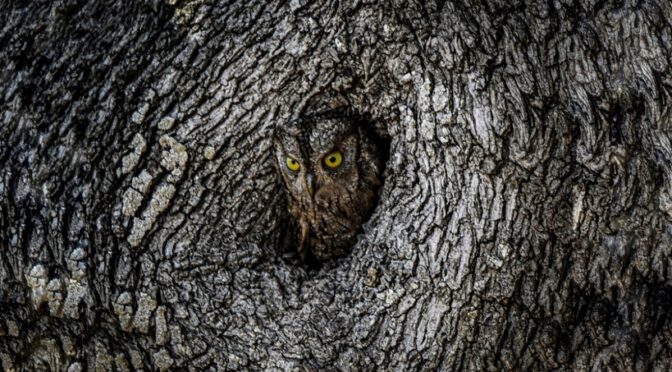 Visit the exhibition of the photograph competition “La Menorca que estimam” (The Menorca we love) that has been organized on the occasion of 45 years of GOB in Menorca. It was inaugurated last Friday (25 November) with the prize giving to the winners of the three best photographs chosen by the judges. The exhibition can be seen in the Claustre del Carme until 20 December from Tuesdays to Saturdays between 10.00-13.00 and 18.00 to 21.00 hours. END_OF_DOCUMENT_TOKEN_TO_BE_REPLACED 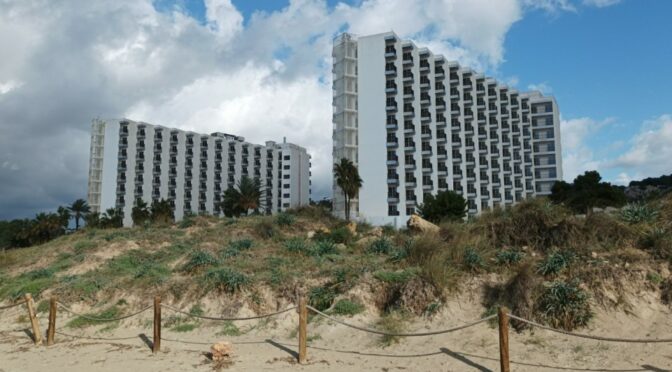 The controversy regarding the hotels on Son Bou, with the context of tourist overcrowding and the deficiencies found in the processing of a project that aims to consolidate and increase the volume of these constructions on the front line, will be analysed at a public meeting on Wednesday evening. END_OF_DOCUMENT_TOKEN_TO_BE_REPLACED 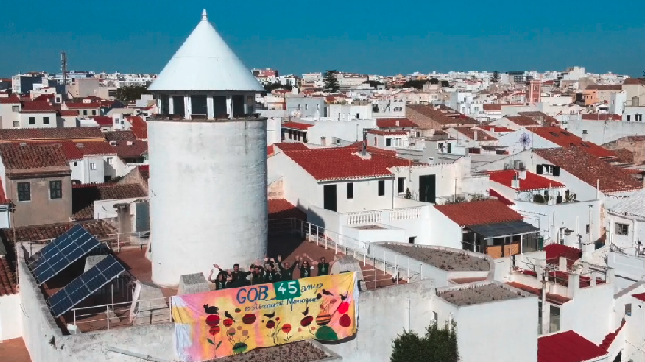 Many people say they have always wanted to be a part of GOB, but they never find the right moment. Now is an ideal time . This is because we are celebrating 45 years of uninterrupted years of ecology, of an association that has not stopped growing and establishing itself socially. END_OF_DOCUMENT_TOKEN_TO_BE_REPLACED 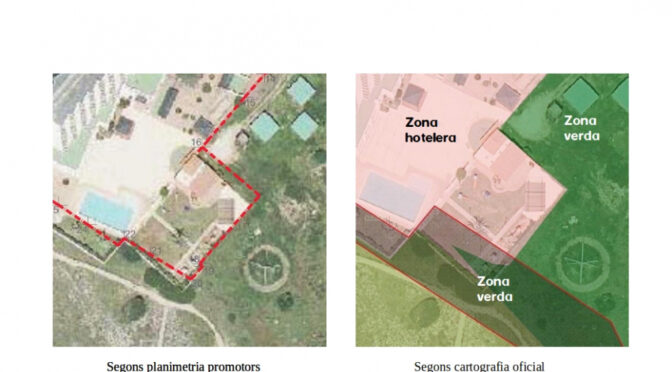 GOB has found grave errors in the dividing and regrouping of building plots aimed at making the large hotels of Son Bou legal.The urban development plan, for which the Alaior Town Hall gave a licence, proposes converting land on green areas into building plots something totally contrary to law. END_OF_DOCUMENT_TOKEN_TO_BE_REPLACED 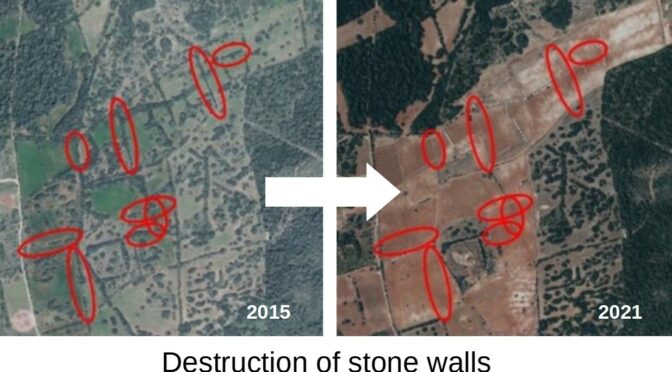 The case of the winery to be built on the Torralba site of Ciutadella, has become famous for proposing the construction of eight new buildings in order to service the winery. END_OF_DOCUMENT_TOKEN_TO_BE_REPLACED 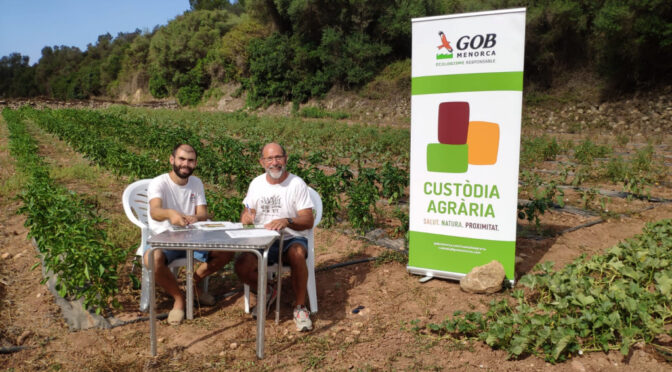 The Land Stewardship Scheme continues to add farms that wish to make a change in the productivity model. This summer Ses Roques Llises, a kitchen garden rural property in the Ferreries municipality has entered to form part of the programme. END_OF_DOCUMENT_TOKEN_TO_BE_REPLACED 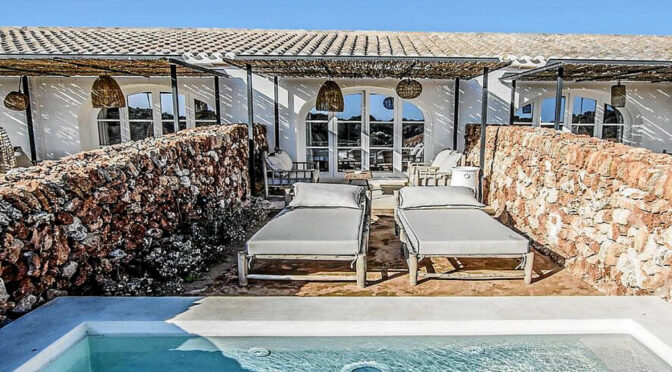 This is the second written document dedicated to the Alaior Town Council, relating to the controversy of access to files that are conflictive:  the Hotels of Son Bou (see the previous written document) and the illegal works of the agro tourism hotel of Torre Vella. Here we can learn more details of this second case. END_OF_DOCUMENT_TOKEN_TO_BE_REPLACED 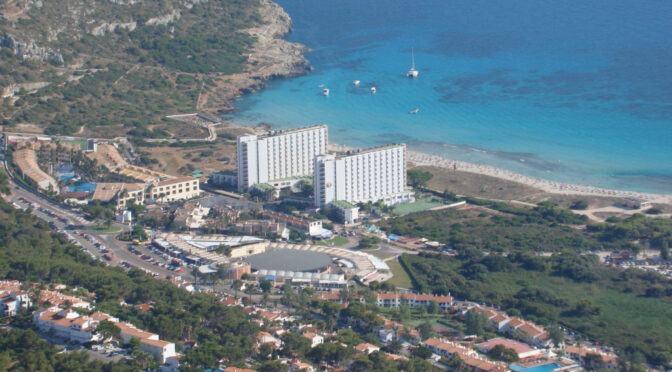 We return to talking about the hotels of Son Bou because the Court of Palma has dismissed the complaint of possible prevarication for not allowing GOB to consult files. Let us see how things have been. END_OF_DOCUMENT_TOKEN_TO_BE_REPLACED