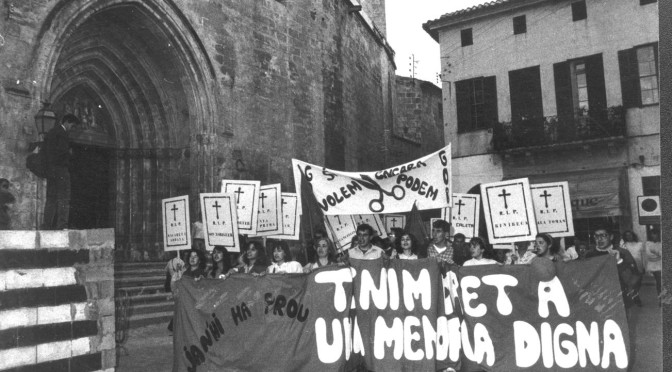 The GOB (Balearic Group of Ornithology and Defence of Nature) has been active in the Balearic Islands since 1973. The Minorcan section of this association was founded in 1977. Here is a summary of the main milestones accomplished since then.

1985. After several years of campaign, Albufera des Grau is freed from urbanisation. Later it was to become natural park and the heart of the Biosphere Reserve.

1990. GOB is awarded an international prize by DRV Deutscher ReiseVerband.

1991. Campaign to protect Trebelúger from urbanization. Today, it is still one of the most spectacular virgin beaches on the south coast of the island.

1993. Launch of the Environmental Education Service which offers activities to people of all ages.

1998. The Centre for the Recovery of Wild Fauna in Ciutadella opens its doors. This unique installation on the island has saved thousands of lives of wild animals so far.

1998. Creation of the Minorcan Nature Centre, an information facility dedicated to schools, local population and tourists. It was managed by GOB until 2012.

2003. The Minorcan Local Council approves a Long-Term Plan for Land Use. The objective of the plan is to organize sustainable use of land across the island. The implementation of this plan was a priority objective for GOB Minorca.

2004. Launch of The Land Stewardship project. An attempt to wed a sustainable landscape with a vibrant local farming economy.  To date (2015) GOB has signed 25 agreements with local properties.

2005. A completely refurbished, old windmill is converted into the main GOB office. Many people visit the centre’s exhibitions and participate in the activities done there.

2007. GOB gets the international Award for the Environment from the Banco Bilbao-Vizcaya Foundation.

2010. The Camí de Cavalls, an ancient path that follows the island’s coastline is declared open for public use. This was a consequence of several years of campaigning by GOB and other civil entities in Minorca.

2012. The campaign against the changes to the long -term land use plan commences. One of the main objectives of this new transitional plan is to lower the levels of protection formerly given to rural land and areas of special interest.

2013. Start of the campaign against the building of double-level roundabouts along the main road of the island.

2014. Campaign against the dumping of contaminated sludge just outside the  entrance to Mahon harbour. Local authorities agreed to keep it in a controlled area and the dumping was aborted.