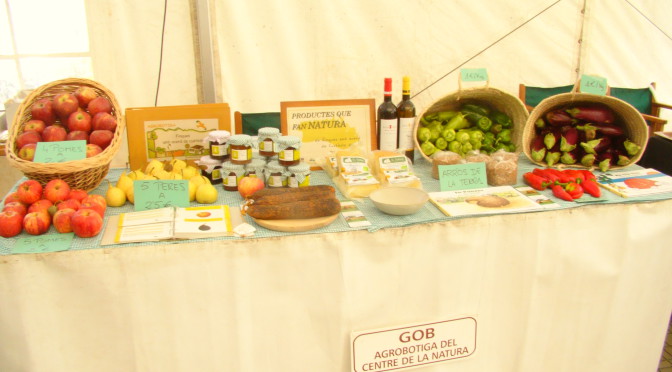 Protection of the natural environment by the public

When anyone asks if Menorca would be the same without GOB, with so many adversities becoming habitually recognised, the answer is if GOB did not exist it would have to be invented. From its beginnings, the people who founded GOB in the seventies, had the vision to build an association for working for the environment within the scope of the general public. That is to say, an association which would endeavour to have influence on the problems of the environment but would be independent from any political party.

When the many fights and initiatives are considered, the list is long because without the active public which Menorca has, a large part of the countryside so symbolic of the island, would have become inappropriately urbanized. And, without the permanent presence of ecologists who have been able to add their individual efforts, we would not have this captivating countryside nor would Menorca be declared a Reserve of the Biosphere.

In the various discussions within the association to analyze and activate events the organization has taken decisions which have a deep effect. The professionalisation of a part of this work allows, on the one hand, avoiding pressure on the volunteers whose dedication to GOB can become exhausted, and, on the other hand, the professionals can go more deeply into key subjects.

In GOB we consult records, we draw up official complaints, we send out communications on which society can reflect, we implement innovative projects, we make visits to the countryside, we cover areas which neither the public government, nor the private company takes on, we get groups to join together, we discuss proposals….

Probably, our best known work is that of vigilance, because it tends to be so much in the media (more newspapers are sold about controversial matters than agreements). Despite the fact that a large number of difficult cases are resolved before becoming public, there are others which turn into long lasting controversial disputes. In 2013 we have had to dedicate a great deal of our efforts into aspects such as the modification of the country planning permissions (the PTI), via the provisional Land Regulations, (Norma Territorial Transitoria), made without public discussion. Also, the work has been intensive on the question of the dredging of the Port of Mahόn which, after three years of confrontations, and with the help of the public protests and the intervention of the Public Prosecutor for the Environment, has finished by being tackled within the most demanding international environmental parameters.

The Project of the main road and its huge double level roundabouts has been publicly condemned, in the streets, in communiqués, and by the Judges with the support of large sectors of Menorcan society but it is expected to be a long term subject which merits dedication during the coming years.

But, basically, we continue our work of vigilance because of the many efforts orientated in gaining rapid profits by speculators who buy low and sell high.

With these objectives of conservation must be understood that the keeping of a balance between human activities and environmental values is achieved in various ways. One of our long term projects is to search for points of agreement with significantly different and important sectors of the farming community in the correct management of large areas of land.

Here you can find more information on land stewardship initiatives.

For some years we have applied the idea of land stewardship to agriculture. In other words, pursuing the involvement of owners and managers in agricultural exploitation because it is they, in fact, who take the decisions that affect the largest areas of the countryside. These are not initiatives with rapid results but they show progress and the added strength of working together. More than 25 farms of Menorca have signed up to the Land Stewardship Agreement with GOB. We have applied the scheme also to the alliance of Alt Ampordà (with 13 agreements in force) and our model of active conservation is used nationally spreading out to nearly all the Autonomous Communities of Spain. Essentially, it consists in agreeing on a series of measures which consider the economic viability of the farm with the principles of conservation.

The Land Stewardship Agreements are of mutual benefit, based, above all, on confidence. Correct management with quality produce is helped by volunteer work days, promotion of products, the forming of networks to share resources, direct or indirect investments, etc. In short, it tries to make it possible to work together looking for appropriate ways for obtaining suitable economic activity while guaranteeing the maintenance of natural values, landscapes and cultures.

Menorca will continue being what it is if the people who love it organize themselves in a disciplined way to maintain the special character of its countryside.