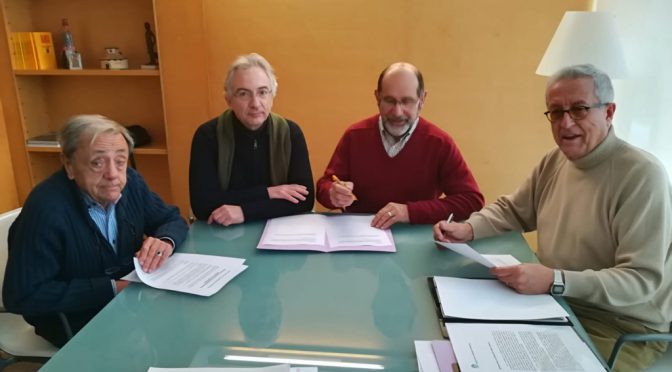 The Ombudsman’s office of Menorca has started a campaign for gaining support to ask for an effective control of the atmospheric contamination produced by the Central Power Station in the Port of Mahón. Everyone can show their support. If you wish to sign the declaration you can do so by clicking here.

The Ombudsman’s office deals with all complaints presented by the public and associations of the island that relates to the proceedings of the Consell Insular de Menorca (the Island Governing Council). In accordance with its regulations, it should act on its own initiative when it recognises situations that violate the rights of Menorcans.

The Central Power Station that caters for the electricity of Menorca functions with fuel oil and gasoil, in such a way that it generates very worrying emissions of carbon oxides, nitrogen oxides, sulphurs and particulates. The impact on the environment has, for sometime, been in discussions which have been increasing as a result of scientific articles which point to this intallation as being responsible for important effects on people’s health.

For these reasons, various organisations are working to improve the situation, but all the years that have passed with renewable energies being stopped at State level have shown the capacity of the energy companies hindering any changes.

The alternative of being able to have energy and at the same time decreasing the current negative effects happens by deploying renewable energies in a significant way and also by changing the fuels currently in use at the Central Power station to gas.

To make this a reality, it is very important that the public is mobilised. GOB has signed the support for the declaration promoted by the Ombudsman’s office and we would like to encourage the maximum number of people (and from other organisations) to sign too.

You can help to spread this notice and pass it on to friends.

Performance cookies are used to understand and analyze the key performance indexes of the website which helps in delivering a better user experience for the visitors.

Analytical cookies are used to understand how visitors interact with the website. These cookies help provide information on metrics the number of visitors, bounce rate, traffic source, etc.

Advertisement cookies are used to provide visitors with relevant ads and marketing campaigns. These cookies track visitors across websites and collect information to provide customized ads.

Other uncategorized cookies are those that are being analyzed and have not been classified into a category as yet.