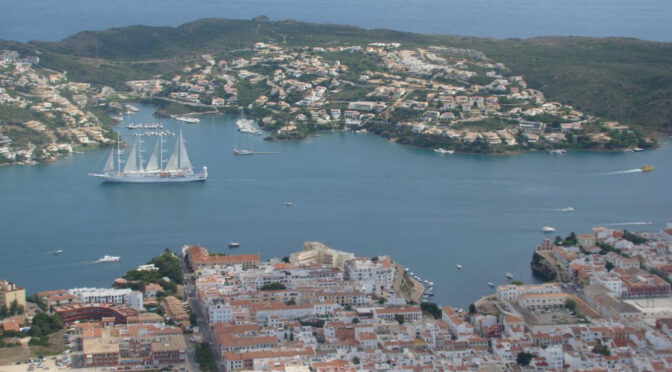 GOB has made three appeals against licences given for new house constructions in Cala Longa. The reason for this is that this nucleus to the north of Mahon has no available system of sewers.

The granting of building licences to urban areas that do not have sewers has been a controversial topic for years since the Balearic Islands have been linking one licence to another in order to include further constructions but without available sanitation. An increase in the number of houses in areas like this significantly increases the danger of contamination by nitrates in the aquifer.

This ended with the Urbanisation Law of 2017 which closed situations in which new licences could be granted. However, it is one of the assumptions being taken by the services for Urbanisation of Mahon in order to authorise new houses, meanwhile GOB has a discretionary fund for interpreting the regulations.

The Fourth Temporary Provision in the Urbanisation Law allows the ayuntamientos to give licences for two years from the moment they award sewerage works. Since the works for Cala Llonga were authorised on 09/12/2019 it is being interpreted that it is possible to add new houses to the nucleus. However, there is an important point that seems to be being ignored.

And this is that the works allowed – and already executed – by the Ayuntamiento, consist of a network of pipes in the urbanization, but this network is not linked to any purification system, nor is one expected in the foreseeable future.

In fact, now available for public scrutiny, is a plan for a new section of the sewerage system to run from Cala Llonga up to the cross roads of the Sa Mesquida road. The project made public says, literally, that at this point the sewage waters that come from Sa Mesquida and Es Murtar will join and then be driven to a purification plant “that is waiting to be defined”.

The appeals presented by GOB remind that the Urbanisation Law clearly stated that it could give licences if the works for the sewers were awarded as well as the connection to the general purification system. If there is no connection to a purification plant, the problem of the residual waters remains unsolved and the requirements for their Provision are not met.

GOB has asked for a review of the licences that have been given in the months of September and October. It needs to be realised that the three houses that are being considered include swimming pools and are situated in an area that allows tourist rental. It does not seem advisable to add houses for heavy use when it is not known what happens to the waste waters.