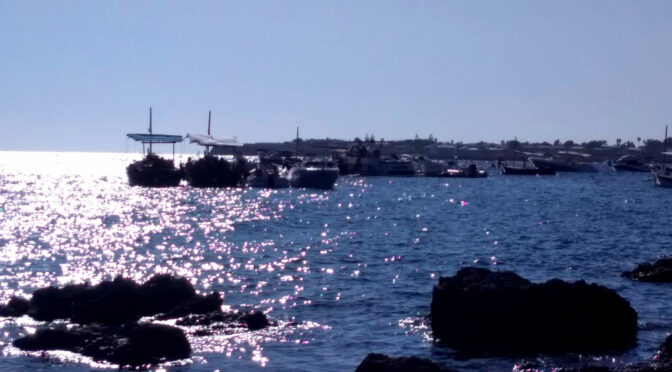 GOB has written formally to the Balearic Government to condemn the repeated lack of compliance by some people at sea who drop anchor on the Posidonia fields and other marine seed plants. It asks that new technologies be used to control the situation.

Probably, this summer, a record number of boats around the island has been reached. The sea is very large but the areas where most boats congregate have dozens of visits every day, some of whom do not comply with the regulations for protecting the seabed and they drop anchor on top of the Posidonia.

In the process of anchoring as well as departing, these anchors wrench away bundles of plants that take decades to regenerate. This activity cannot continue in the coming years.

For many years, the importance of the marine fields has been explained scientifically, as they are directly linked to the protection and regeneration of beaches, the conservation of marine life and the clarity of the seas that surround Menorca. That is why, in 2018, the so-called Posidonia Decree was approved. Now, three years later, it is time it was enforced.

As a result, GOB has written to the Balearic Government Minister of the Environment, who is responsible for these matters, requesting that the next season should be equipped with drones and light aircraft, and, with the addition of law enforcement officers of the environmental authority, penalties can be issued directly with photographs and correctly prepared testimonies.

Some areas suffer especially from the concentration of boats that behave illegally. This happens at Sa Platja Gran and Sa Farola in Ciutadella; around the little islands of Binissafuller; in front of the Illa del Aire (where the users stay overnight aware that monitors do not work then); and many of the coves in the north Menorcan marine reserve including the coast along the Parc Natural of the Albufera des Grau.

Another point of conflict, repeated each summer, is in the Bay of Fornells where, despite monitoring, boats anchor within the boundaries set by buoys, which is completely forbidden, ripping off bundles of Posidonia and Cymodocea and degrading the state of the bay´s sea bed.

The principle problem is the lack of effective surveillance. Most of the monitors do not have sanctioning ability. They can notify the Environmental Agents, who then open a file, but are so swamped with complaints that they cannot deal with them all.

Therefore, a new surveillance strategy is requested, that can make use of existing technology to take photos to accompany complaints signed by the law enforcement agents of the authority. It has also been proposed that there is collaboration with the marine Guardia Civil that operates in the Balearics, in order that they join the surveillance work with helicopters and boats.

GOB believes that the decrees and regulations that have been approved in the last few years such as the Posidonia Decree or the rules that regulate anchoring in the protected seas are big steps towards the conservation of the marine environment. However, now that some years have passed, it is necessary for effective surveillance and a sanctioning regime to deter people who have demonstrated an inability to behave properly with our natural heritage, which is the basis for the attraction of the areas they visit.