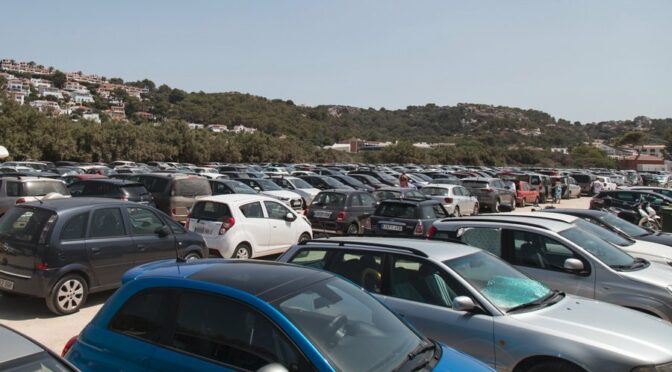 Until now, Menorca has been free of overcrowding. So, what has happened lately to cause many visitors to say that the island is no longer as it was and that there are many Menorcans who see the Menorca they love slipping away from them?

In 2022 there has been what could be called a perfect storm. All international tourism, curtailed by the pandemic, has returned. National tourism has arrived in now fashionable Menorca, a fact that is making more people than ever visit the island this summer.  It is also happening to other tourist destinations. However, this does not explain everything.

The debate about an avalanche of tourists is not new, which many people forget. How is tourist overcrowding controlled? By prohibiting people from entering? That is not possible. By banning entry from ships and boats? It is not possible.

Overcrowding can be regulated by the capacity of tourist accommodation.  This was organised at the beginning of the century but now that its parameters have been surpassed its dynamics need to be analysed.

The PTI (Island Territorial Planning) stopped the construction of some 60,000 tourist accommodations forecast along the coast; an agreement was made not to increase residential building on rustic land and an increase in the supply of apartments was banned. New hotels were subject to a limit of 450 places and the rest of the places were in villas.

All this was put together to fight the problem of overcrowding and worked until a short while ago. Specifically, until the number of residential houses, turned into holiday lets for tourists, skyrocketed, benefitting from promotion on, for example, digital platforms.

What is the result of all those changes? In just a few years, 5,882 houses for tourists have been authorised and the Local Governing Council (Consell) has itself estimated that there are 6,300 more houses being used illegally for tourism. In other words, about 12,000 houses are being rented for tourism.

On average, there are five people to each property, the usual capacity for these rental accommodations. It represents a potential of 60,000 more tourists each day, compared with numbers in previous years before adding hotels, apartments and villas. Full capacity is usually reached in July and August, but this year, capacity was, largely, filled by May and June.

That is why we have water supply problems, because we have many months serving a much higher population than was usual in previous years. That is why there is so much road congestion, car parks are overflowing and treatment plants cannot purify wastewater sufficiently. It is why electricity consumption has increased and why Menorca no longer seems to be the same island as before.

Meanwhile, opportunities have been lost, such as reducing the number of tourist places in the large, out of date, front line hotels, yet the Balearic Government allows them to be renovated and expanded, even the outbuildings. Nor do they disqualify urbanization areas that qualified for the 2003 planning permissions, and by now have probably exhausted their deadlines.

These lost opportunities have meant that adverse impacts made along the coast are kept, or new areas of urbanisation are made inland from the coast. However, when considering overcrowding, we must look at the number of tourist places and this is where tourist rentals in particular should be tackled.

For these reasons, GOB has been asking for a tourist inspection body with sufficient power to deal with the problem of capacity. The urgency of the matter is quite clear, when town councils threaten water cuts, when people cannot find houses for all year rental and when it seems that the goose that laid the golden eggs is being killed.