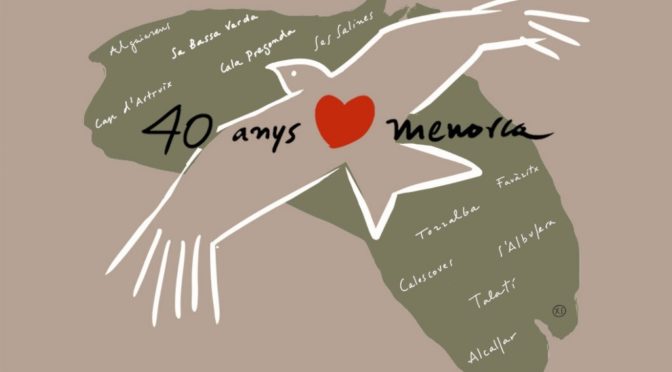 On this Saturday, 3 June, there will be a celebration in the Freginal Park in Mahon of the 40th anniversary of GOB in Menorca.

In 1977 a group of young naturalists formally constituted the Menorca section of the Balearic Ornithological Group. From then on the association has kept up its work in nature conservation and the development of the best methods of sustainability.

Countless people have helped to make possible many of the achievements of the last four decades. And, certainly, many more will be needed to give their help with the considerable challenges that remain.

The problems of water, of the dependence on combustible fossil fuels, of the production of rubbish, of the increase in tourism and of other similarly difficult matters, require also additional efforts and a clear understanding of the procedures which must be promoted both for the future and the present.

There is nothing like a celebration as foreseen for Saturday to help motivation for following along a course which is often controversial.

From 7 pm until midnight, with ecological foods, cakes, new style Tshirts, and a good atmosphere in a magnificent setting. Pass it on!!!