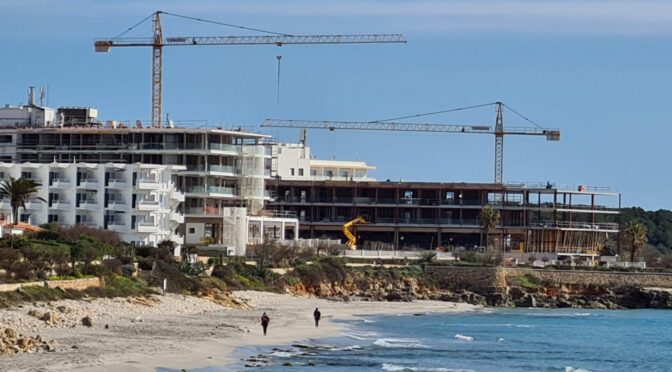 This is the second evaluation of the Decree-Law of last February on urgent measures for the sustainability and circularity of tourism in the Balearic Islands. The first evaluated the need and scope for a moratorium on new tourist places. Today we analyse the principal shortcomings and dangers found in the text that should be discussed like a Parliamentary law.

The bulk of the decree is dedicated to the circular economy and includes numerous declarations that, despite talking about important matters, have no set goals nor dates. Therefore, there is a fundamental danger that they create only image cleansing (now known as greenwashing, appearing more environmentally friendly than in reality).

Thus, there is talk of raising sustainability, increasing efficiency, reducing the environmental footprint, stopping food waste and other similar things. To do this, tourist companies need to apply a circularity plan that must include evaluation and circular planning.

A list of consumption parameters should be incorporated to take into account energy, water, materials, rubbish and food. However, what is missing, is defining objectives that can be measured, such as what the percentages of improvement should be, what are the benchmarks with which they can be compared or what are the deadlines for achieving the objectives.

For these reasons, GOB will be holding meetings with the interested parliamentary groups, with the aim of incorporating possible proposals for replacing the shortcomings.

In the Decree-Law, there is an urban hazard. When new constructions are intended “indispensable for implementing circularity”, they do not compute in an urbanistic manner with occupation, buildings, threshold distances and heights.

Also being discussed are what parameters to apply to the old tourist sun and beach resorts when they need to be modernised. The Decree-Law now asks that they have to reduce the number of tourist spaces by 5% but can enlarge the built up area and occupancy by 15%.  GOB asks that the number of tourist spaces should be reduced by 10% and any increase to the building area by no more than 5%.

It should be remembered that the worrying time of over occupation is in July and August and the only way of addressing the problem is to reduce the number of accommodation places. The offer of sun and beaches was planned in the 1970s and 1980s in an expansion that would not now be permitted. For that reason, the ideal time to make reductions is when they finish their useful life and are already amortised.

It should be remembered that special deals made for large hotels are the basis of works seen at Arenal d’en Castell and currently on the front line of Sant Tomàs. They are also the underlying issues that GOB disputes over the two large towers at Son Bou.

It is hoped that parliamentary procedure will mean in practice that real commitments will be made to reduce the ecological footprint of tourist activities and to rationalise the effects on the island’s coastline.