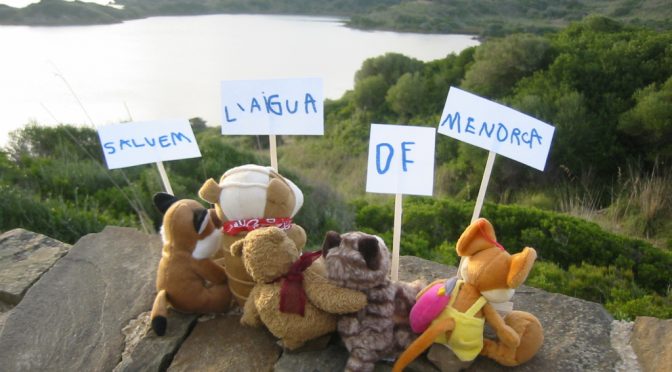 Menorca has a problem with its reserves of water but the relevant government administrations take no action. GOB decided to take a strong line in order to stop this official level inaction. After a year and half of efforts and the intervention of a lawyer, records became available of three complaints made against irrigation systems that were used in full summer sun in 2016.

At the beginning of September in 2016, GOB had sent three documents to the Water Authority, which reports to the Ministry of the Environment of the Balearic Government and is the body responsible for the management of the subterranean waters of the islands.

The documents explained that it had been confirmed that three farms were irrigating in full sunshine and that, despite it not being a prohibited practice because of the little legislation on the matter, it represented a depletion of water in the aquifer which was being repeated year after year.

So it was asked that an inspection be made to check if these three farms were complying with the minimal requirements for irrigation systems: to have water meters and to report the readings on the annual extractions. Not one of these three cases has complied.

The situation of the water reserves in Menorca is fragile, with an aquifer which has reduced its water level significantly since the eighties, with wells that have become saline because the intense exploitation has allowed the intrusion of the sea, and with other areas seriously contaminated by nitrates.

These situations, where large irrigation systems are watering in full sunshine, are immoral wasting precious resources as a great amount of water evaporates. At the very least, although there are not many of them, these farms should adapt rational systems of using water. (Currently, some official studies state that they take 50% of all the water extracted in Menorca.)

Despite the difficult situation of the island’s level of water, the Department of Water Resources does not make official inspections in Menorca. When petitions are made the costs are high to then put them into practice. The three cases that GOB has been following clearly demonstrate this.

One case does not have a water meter, another has one but does not have any limit on the extractions and the third waters with unauthorised treated waste water but with no testing and checking of the contaminants.

At one of these irrigation systems, situated in Ciutadella, the ministry took five months to make the inspection (and only then because GOB sent written demands insisting that it be done). It was checked and recorded that no meters nor any measurement of the water extractions were found. But after that it was another 14 months before contact was made with the owner with a reminder of the obligation to have meters.

In the second case, also for an irrigation system in Ciutadella, the well has a meter available but the obligatory annual documentation has never been sent to the ministry detailing the readings of the extractions. Despite having made the inspection (also taking five months), there was no evidence that the Ministry had been requiring this information for the last 18 years. If there are no readings and no analysis of them there is little point in having the meters.

In the third case, in Es Castell, it was found that it used treated waste water but without authorisation. This is both good and bad. The good thing is that it does not use water from the aquifer. The bad thing is that there is no check on the possible contaminants which can appear in treated water. The EDAR (sewage treatment plant) between Mahon and Es Castell normally registers heavy industrial metals, a large quantity of salt and occasionally complex leachates from the Milà rubbish tip.

The farm in question is found in an area catalogued as being at risk of contaminating the aquifer. Half a year passed requesting that the property process the authorization application – but there was no reply. A second written demand in four months was issued but there is no record of any relevant documentation being received.

Furthermore the lack of control evidenced in these three cases draws attention to the large difficulty found in accessing records. Four letters were written to the Conselleria asking for GOB to be able to consult relevant files but no reply was received. Finally, a specialist lawyer had to be employed to gain access to the records but then a requirement was made that they be seen only in Palma.

A year and a half to be able to exercise the right of consultation. The Law of Transparency and Good Governance establishes that the application for access to public information should be resolved within a maximum period of a month.

GOB has returned to writing about each of these cases, asking that, notwithstanding any disciplinary proceedings which may arise, it must be obligatory to make checks on the extractions made by the two farms taking water from the aquifer for irrigation and to establish warnings ensuring that the use of treated water lacking quality control does not finish up contaminating the area of irrigation.

The organization would be grateful for information on any large irrigation systems observed this year that are watering in full sunshine so that new proceedings can be initiated.