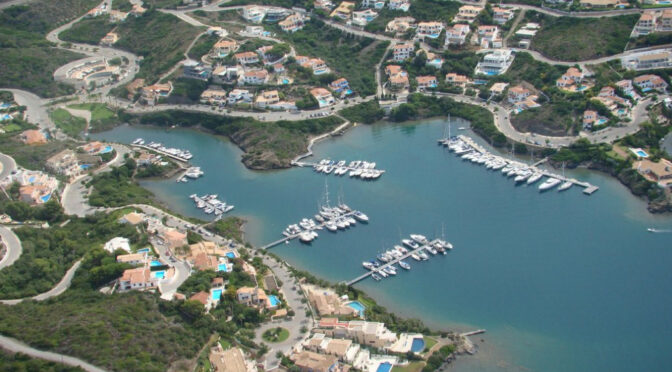 It has been confirmed that sewers projected for Cala Llonga are not planned to reach any treatment plants. The urban growth approved in recent weeks violates different regulations. GOB will challenge the licences that have been granted.

The European Directive 91/271/CEE established the ultimate date of 31 December 2005 by which time all urban sprawls of over 2000 inhabitants must have collection systems available for residual waters.

That directive was made into Spanish Law by Royal Decree 11/1995 and defined collection systems as “All drains that collect and carry urban residual waters, from the network of sewers to their municipal treatment plants.”

This cited Royal Directive was marked on 1 January 2006 as the ultimate date after which provision has to be made for sewerage collection systems.

Spain is paying millions in fines for breaching the wastewater Directive. The Balearics have not been oblivious to the practice of ignoring environmental requirements and have approved about 7 enforced licence extensions in order to be able to continue with work in urbanisations despite not having sewers connected to a municipal sewerage treatment plant.

The latest regulation on the subject, approved at regional level, was preceded by considerable parliamentary debate that resulted in the Fourth Transitory Provision of the Law 12/2017 of Urbanisation in the Balearic Islands.

That provision established the deadline for one year since 21 August 2016 to be able to grant licences for building, provided that the Town Council has expressed, by plenary agreement, its commitment to provide sewerage to the urban areas that do not have available a sanitation network and published it in the BOIB (official bulletin of the Balearic Government).

If, during this period, says the law, the Town Council (not other ministries, just the Town Council) has not approved the corresponding project to set up the network of sewers for the area where the licence was demanded and for the connections to the general system for purification (this last condition is not optional) the exemption for authorising licences is automatically invalid.

It is not known to which purification plant to connect

In Cala Llonga, in December 2021, there is no connection to a treatment plant, and it is still not known to which treatment plant it should be connected and where to run the infrastructure. Despite this situation, in the last few weeks the Mahon Department of Urbanisation has led an unprecedented race to grant many licences for new buildings that are not in anyone’s interests.

The licences that have been granted refer to single-family houses with swimming pools. A few are promoted by companies. It should be noted that tourist rentals are allowed in Cala Llonga, so it is easy to predict that they are homes that will have heavy use in summer and that, therefore, they will generate a lot of wastewater.

The last procedure referring to the sewer system of the area was made available to the public for scrutiny last September and is a project that plans to install a pipeline going from the urbanization to the Sa Mequida cross roads. The project itself says that, from this point, the wastewaters from the three areas within the municipality of Mahon will be transported to a new wastewater  treatment plant whose location is pending definition.

This project, available for public scrutiny last September, warned of the steep slope of the area and the lack of waterproofing of some of the septic tanks, producing problems with wastewater filtration in the area.

However, the current legislation is clear when it says that it is the Town Council that should approve the project of a sewerage system and ensure it connects to a treatment plant. This is logical if the requirement is to avoid increasing the problem of uncontrolled wastewater.

It is common to hear public officials saying that the licences for a regulated activity cannot be denied. In this respect, it is best to note the sentence issued by the Supreme Court, that oversees jurisprudence, “the concession of a licence constitutes a regulated activity in two ways:  one of denying licences for works that oppose the urban planning provisions and another for granting licences that follow the planning provisions.”

Therefore, the Court says that it is necessary to deny licences for works that oppose the urban planning provisions.

GOB is now studying the case from a legal point of view and plans to transfer it to other higher institutions.