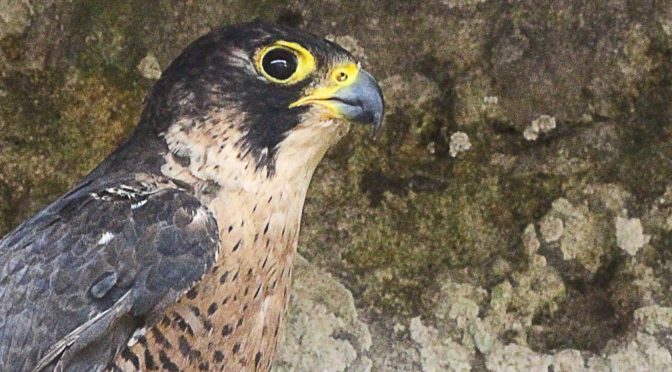 Another hawk was found shot and then taken to the Wildlife Recuperation Centre. The x-ray shows that this bird had survived a shooting from another time. The new attack produced inoperable injuries. This case has been reported to SEPRONA, the Guardia Civil service that deals with hunting and environmental protection issues. Public help is important in trying to eradicate these shameful events practiced by a minority of people that cause a great deal of harm.

This incident occurred in the built up area around the port at Ciutadella. Someone shot the hawk with an airgun, causing very serious fractures of the wing so that it could not fly. When surprised by the person who found it, the animal tried to fly away but fell into the sea. Without hesitation, the person dived into the water to rescue the hawk and informed the Recuperation Centre. We would like to thank him for his courage and the effort he made to save this protected species, which contrasts with the cowardly and contemptible behaviour of whoever shot the bird.

The veterinary examination showed that it was not the first time this bird had been shot. There were many shotgun pellets found in his body, in his head and chest, causing wounds that had healed. The current injuries, however, were so bad that there was no alternative but to end his suffering by euthanasia.

It is very sad that this sort of event is repeated frequently. In January, this year, we reported another case. What is certain is that the number of animals that comes to the Centre of Recuperation is only a small percentage of the reality. Public help is key to eliminating these actions. Only a few people sully the image of hunting, or, as in this case, the practice of shooting for sport.

Communicating the information we receive on any of these occurrences can help to avoid the deaths of more protected species and restore the good name of a society that is characterised for its sensitivity to the protection of the local environment, and recognised in the island being a part of the Reserve of the Biosphere.