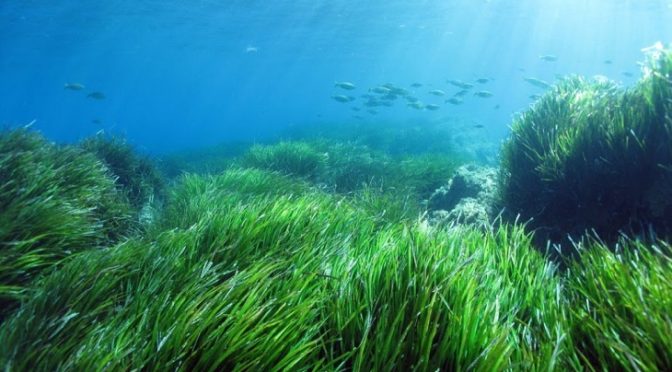 The course of action taken by GOB on the sea environment that it started in Menorca a year and a half ago is giving good results. Recently, a series of measures were approved concerning the seabed because of the action taken. Mongofra, Addaia, Fornells, the Ila de l’Aire and other places, have all benefitted from the conservation projects approved at the last meeting of the Balearic Government’s Posidonia Committee.

When a dock was built at Son Blanc, in Ciutadella, it greatly affected the posidonia meadow. European interventions finally resulted in the Balearic Government promising to allocate 200,000 euros for environmental activities on the seabed. However, nothing was then put into practice.

GOB remembered this promise given during the last parliamentary legislature of the Balearic Government and determined to bring it into effect. With this objective, it contacted the different agencies related to marine conservation to find what activities could be covered by this part of the financial grant for the environment.

Different meetings held with the Government have borne fruit. The magnificent reef of posidonia at the Mongofra lake, one of the few in the world that are near the surface, will be provided with marker buoys for its protection. The not very deep areas of Addaia and Fornells, that suffer each year from the effects of propellers on the meadows, will also have marker buoys.

A field of marker buoys, that are environmentally friendly, will be installed between Punta Prima and the Ila de l’Aire, in the new marine reserve, to stop anchors being dropped on top of posidonia fields. There will also be information notices close to slipways, to make people aware of good nautical practices relating to the conservation of the seabed.

An information leaflet on posidonia will also be published in various languages. It was first produced some years ago and was highly recommended by tourist companies for the understanding and value of this marine plant closely linked with the Menorcan beach ecosystems.

GOB has brought about the work of compiling ideas and basic preparation for each initiative, so that the Government can deal with each one promptly. We are making steps to change our relationship with the sea.

GOB’s course of action on the marine environment has been made possible thanks to the help received from the Marilles Foundation and from the Menorca Preservation Fund.