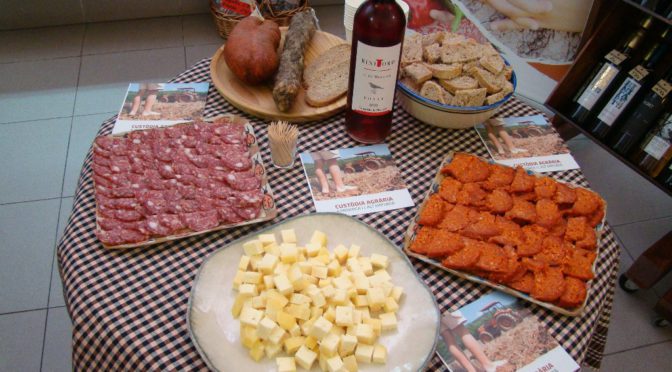 Why a Land Stewardship Scheme?

The second line of human activity along the coast, situated just inland behind the tourist areas and traditional seaside population centres, is concentrated on land which, until the last few decades, maintained traditional farming methods, making the countryside of high cultural and biological value.

The arrival of tourism and the attendant frenetic building meant the abandonment of progressive economic agricultural activity along this fringe of land dotted with areas of farming and intensive stockbreeding.

As a result, the land deteriorated. There was homogenization of the countryside, destined for the building of infrastructures, as well as negative environmental effects to the land, to the vegetation, aquifers, watercourses and biodiversity. These had been areas of human population for thousands of years which were now seriously altered affecting not only the quality of life for the local people but also tourism.

There are enormous challenges for public politics concerning rural Spain. The difficulty of competition in a globalized world where there are major tourist attractions in other countries, and the low social prestige of the primary sectors of the economy (making use of natural resources) represent problems which are difficult to surmount.

The Land Stewardship Scheme works to involve all private owners and farmers to make a network of sustainable farming. Owners and managers of the agricultural areas, now or in the future, can incorporate responsible management of their land and give each other support by the exchange of ideas with those who have Land Stewardship agreements.

The Land Stewardship Scheme aims to reinvigorate those people who have been affected by the problems described but can now activate the key to change by bringing awareness of the importance of good maintenance of the land on which they live.

The conservation of the countryside, the positive effects of biodiversity and the environmental services which come from those farms that have signed up to the Land Stewardship Scheme, are of great social value. They promote different products and new commercial methods; they exchange experiences and involve volunteer help…in other words, they are able to make new social alliances extending, also, to persuading public initiatives to become involved in the responsible maintenance and regeneration of the coastal agricultural land.

The final object is to look at the impact of social, environmental and economic sustainability on the agricultural activities along the coast, so they can survive in an inherently dynamic market.

What are the challenges confronting us?

Why do we use the Land Stewardship Scheme?

The scheme is defined by the combination of strategies and legal techniques used by property owners and land workers, in conservation and making the best use of the land´s natural values and resources, the culture and landscape.

It works by a method of cooperation, by means of which voluntary agreements are made after a process of dialogue. The project builds bridges of understanding and works together with managers, property owners and farming companies, so that they can join together and with others, to find a common ground based on the principles mentioned.

It forms part of a process already put into effect, carried out with the participation of the farming community that identifies the best ways for achieving environmental and economic benefits. These are the measures that are promoted for application by farms wishing to sign up for the land stewardship scheme.

The project tries to raise the social standing of those proprietors or farm managers, who, as well as producing food and other products are specially committed to conservation. Once signed up, they work jointly with the public as the consumers of their products, with volunteer activities, with training, with education and help from a different point of view.

What strategies do we have?

This is the way of selling the produce from farms with land managed responsibly. You can visit our shops or contact with farmers.

How is it applied at a local level?

Look at the map and click on a farm location to get more information.

One thought on “Land Stewardship”