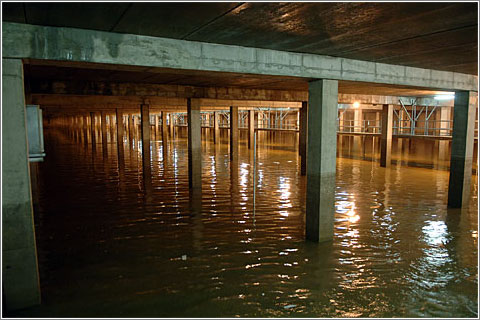 A considerable part of tourist taxes should go towards reducing the environmental effects resulting from massive tourism. Water is a subject which requires priority attention in Menorca.

GOB has written to the President of the Island´s  Government Council, Maite Salord, as well as the Councillor for Tourism, Gabriel Barceló, requesting that tackling the problems of water be funded from the ecotax.

It is well known that during the tourist season water extraction from aquifers is tripled in the summer compared with that of the winter months. In towns with particularly high levels of tourists this number can increase to five times.

GOB has reminded public officials that the decrease in levels of water in the aquifers experienced by Menorca in the last few decades not only affects the quantity and quality of available water but also results in the loss of springs (the points at which water emerges from the aquifers); the reduction of wetlands; and the rapid drying to the beds of streams found in the geologically permeable layers. All this seriously affects the availability of natural water in the summer.

One way of overcoming this problem and increasing water availability is by reviving some traditional customs (used until forty years ago) to make use of rain water. This would be a good way of reducing the extraction of water which in any case is mostly for other uses than those required within the parameters of drinking water.

There is a large part of the network of public sewerage which is found to collect rain, as a result of which the infrastructure becomes saturated at times of significant rainfall. When this happens, the volume of sewage water arriving at the treatment plants is too great so untreated water is allowed to go directly into the environment with consequent contamination.

For these reasons, we believe that one of the investments which can be made with the funds collected from the ecotax, and consistent with the distinction of Menorca as a Reserve of the Biosphere, is to initiate projects which separate the sewerage system from rainwater and, at the same time, build large underground water tanks for public availability.

Cisterns in hotels for collecting rainwater for watering the gardens or filling swimming pools, or incorporating other intelligent systems dedicated to saving water in tourist areas should be considered carefully.

This season, the islands have a record number of visitors, mostly as a result of the perceived instability of other tourist destinations. There are environmental problems, apart from that of water, without budgets made for their improvement. The collection of a tourist tax is an opportunity which should not be postponed.