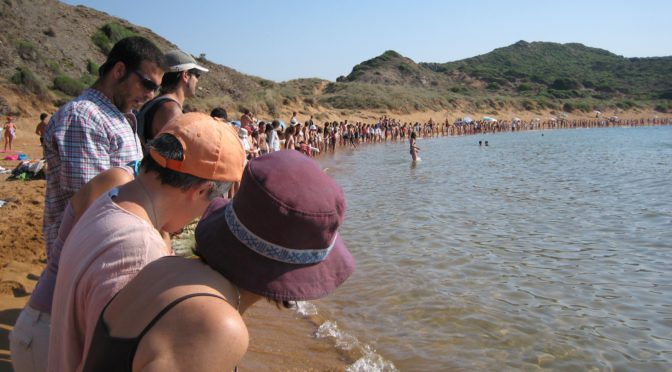 The coexistence of boats and swimmers; whether or not to create new pontoons for more moorings; the reasonable price which can be made on water sports; the environmental effects on the sea bed are just some of the problems and discussions which happen every year.

Nautical and port activities suffer from being run by different important authorities. The Port Authority (Ministry of Development) manages the Port of Mahon; the Directorate General of Ports (Balearic Government) manages Ciutadella and Fornells; the Demarcation of Coasts (Ministry of Development) manage the rest of the coastline. This situation means that often one administration can make a decision without taking into account what agreements are being made for the areas alongside.

To mitigate the effects concerning the problems mentioned, a campaign was launched calling for an Island Plan of the Coast (PIC – Pla Insular de la Costa) which would have an overall vision of the island and would rationalise the management of the coastline. Various demonstrations on beaches and coves, called Hugs for the Sea, were demanding for such a plan.

The campaign started in 2010. The Island Government assumed the coordination of the work involved and the Directorate General of Coasts announced its commitment to the funding.

An advisory commission for the process was created and included financial advisors, users of the coast line and associations such as GOB.

They were given written research analysing the situation and giving proposals. The change in political parties in 2011 and the pressures for aggressive projects, curbed the continuation of the PIC: yet it remains very necessary.

GOB explained these ideas in the election proposals of 2015, and the government teams which today govern the institutions have incorporated them in their programs.

The PIC remains a necessary tool for rationalising uses and services. Now is the time to reapply the pressure.