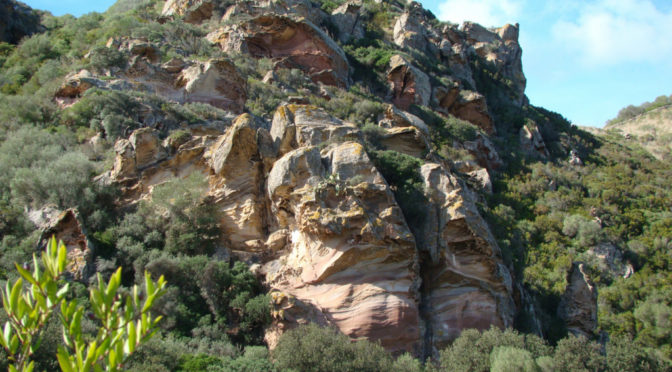 Menorca is suffering from a series of impacts on the natural values of its environment caused by people traversing some of these fragile areas. GOB has made formal presentations to the Catalogue of the Pathways of Ciutadella emphasising the need to plan effective management of areas where breeding is recorded and that require a minimum of tranquillity.

The real presence of people in places where hardly anyone ever goes has an effect on the fauna, and, at times, on the land, about which everyone should be aware. Access to nature is socially positive, and has been increasing in the last few years. Practices such as nature walks, country cycling, rock climbing, horse riding and much else, bring people from towns closer to the countryside and help them discover landscapes and their natural values.

However, there are occasions when, despite the best of intentions, irreversible damage can be caused to these natural values that we want to conserve. It can happen, for example, when humans pass near a breeding area. Some species identify the presence of humans with potential danger and leave the nest or the hideaway. It does not matter if it is infrequent but when it happens often, then nesting disappears.

This question is particularly important when dealing with breeding colonies. For example, rock climbing during a breeding season, along the coast or in gullies, can mean the loss of all the surrounding nests. Equally, if we make irresponsible visits into caves where bats are breeding, then photographing, making a noise and causing a lack of calm can provoke the colony to desert.

This article is no exaggeration but based on confirmation of previous experience. The problem of dissemination has occupied debates marking the 25 years of the Reserve of the Biosphere of Menorca, and in the VI Congress of GOB Menorca. It was clear from all the cases considered that the increased presence of humans in the countryside presupposes a certain impact that needs to be anticipated and minimized.

Certain species are more fragile than others are. Some animals that breed in Menorca are in danger of extinction and have very few reproduction sites. These sites require particularly careful preservation and mean restricting humans from going near them during certain annual periods. Equally, hunting and fishing have closed seasons to allow the species to regenerate, so access to the natural environment requires identification of the fragile areas and regulation of the presence of humans during breeding times.

All this has encouraged GOB to present official arguments using the public information process of the Catalogue of the Pathways of Ciutadella. In this document, it must be remembered, general legislation and the particular law for paths on which the Catalogue is based, provide that full respect be paid to the legal regime stated by environmental legislation. It also expects that sustainable management must be sought for the shaping and strengthening of the path heritage while respecting both the environment and biodiversity.

To give some examples these are some of the measures that have been proposed to be incorporated into the recuperation work and management of the paths in the countryside: