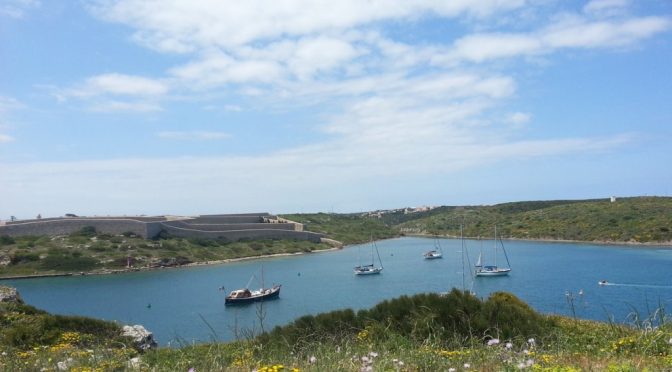 The disembarkation pier and landing stage for large cruise ships which are hoped to be made at La Mola are encountering environmental problems. GOB has requested reports, made by reliable institutions, from the Ports Authority and the Mahon Town Council.

An intention has been announced repeatedly to promote making a pier for disembarking passengers from large cruise ships too big to enter the port of Mahon. This concerns the megacruisers with thousands of passengers who are on all inclusive holidays.

The area where new facilities are required is to the south of La Mola, at the mouth of the port. Also discussed is making use of this site to put in a petrol station. For the moment, although it has been announced, the project details are not known and there is no clear procedure available.

In addition to this La Mola initiative there is an intention to construct a landing stage in Cala Teulera. This comes out of the expectation of constructing one at Cala Rata which was finally abandoned because of opposition by the locals and the impossibility of putting in car park facilities.

In the written document sent by GOB to the public authorities, it was pointed out that the disembarkation pier for passengers at La Mola as well as the landing stage in Cala Teulera, were in conflict with important environmental principles. This clarification is normal for areas that have not been used intensively and any alterations of use can be allowed only when in the general interest.

Specifically, in the area where these constructions are envisaged along the coast of La Mola, there is a colony of mediterranean madrepora, an autochthonous coral which is found on the red list of the International Union for Nature Conservation.

In the case of Cala Teulera it should be remembered that it is the only place in the Mediterranean where experiments for the restoration of the brown seaweed Cystoseira barbata have taken place with great success, and, as a consequence, the area is acclaimed internationally for its conservation. This algae is under the regimen of special protection and is classified in the National Catalogue of Endangered species. At Cala Teulera there is, in addition, the difficulty of being able to park vehicles with trailers.

For these reasons, GOB has asked that before making a public commitment to any future installations, studies should be made by reliable organisations to analyse the environmental compatibility of these proposed works.

GOB will ensure that this happens. Still remembered are the studies made on the work for dredging the Port of Mahon for mud and which, finally, the Environmental Prosecutor’s Office had to redirect.