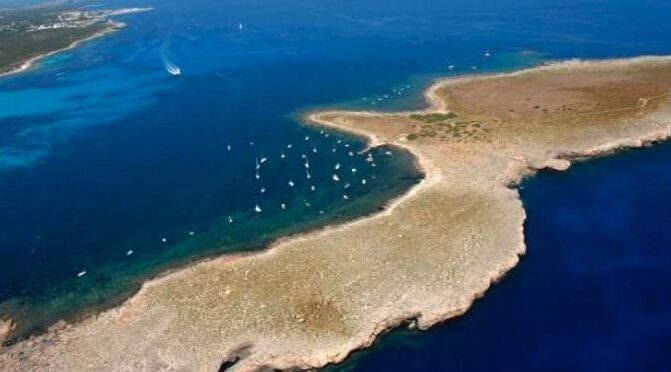 The General Plan of the Balearic Ports has been accompanied by an obligatory study for the available boating capacity in Menorca. The resulting figures have surpassed reality for some years. The data, available at an official level, ought to make port managers and companies with nautical links rethink their activities. Menorca should supply good service, attention and repairs but not increase its number of moorings.

In order to obtain the figures of boating capacity, the seabed of the coast of the islands is divided into regulated anchoring areas (where it is mandatory to anchor on installed buoys) and areas of unregulated anchoring (that is, all other areas not counting the swimming areas). This last has been divided into sandy seabeds where it is possible to anchor freely and seabeds with Posidonia where it is prohibited to anchor by law. Taking into account the surface area of the sandy seabed and the average length of the island boats being between 8 to 10 metres, SOCIB calculated that the maximum number that can anchor in the coves and beaches of Menorca is 2.115.

Now that this data is available, accepted at technical and political levels, GOB has compared the number of boats that were counted by air in 2010, when the Coastal Island Plan was initiated and that afterwards was slowed down by political changes.

The fact is that in the summer of 2010, 4.939 boats were counted in Menorca. Of these, 1.830 were located in ports, 684 in regulated anchorage and 2.344 were found anchored in other areas or in transit. That means that 10 years ago the boating capacity of the island had been surpassed and was found to be at 110%.

If we go further and combine the data of the boats that were anchored in some coves in the summer of 2010, with the maximum capacity defined in the 2020 study we come across 18 points where the boating capacity was much higher than should be accommodated – by 810 boats more. Some popular places such as the Illa de l’Aire, Macarella and Pregonda each counted more than 50 boats incorrectly anchored, and places such as the Illa d’en Colom or Ses Salines at Fornells each had more than an additional 100 boats.

Since 2010 the number of moorings at ports has increased. Especially the Port of Mahon where, in the area of Es Castell, expansion of controversial works continues without prior study for the effects on the environment. In addition, the Port of Addaia wants to double its marine area by adding a sports marina.

Looking at the resulting figures, it is clear that there is no sense in continuing to increase the supply of moorings if there are too many boats to fit in along the coast. It is like wanting to increase car parking at the beaches and then there is not enough room for the people on the sand. It is of no interest from an environmental point of view nor for the negative effect that such overcrowding generates to the image of Menorca as a well-cared for conservation area.

Therefore, the managers of the ports as well as those of nautical companies are called upon to structure their supply offer based on quality and not quantity. The nautical economy cannot continue to sustain annual increases in the number of boats without supplying good service during the tourist season and a repair and maintenance industry during the winter that will allow for a more seasonally adjusted economy.

2021 is the year that has surely broken records for nautical overcrowding as agreed by many different witnesses. What more needs to happen to take real action to stop careering along a road that is already causing us so much harm?