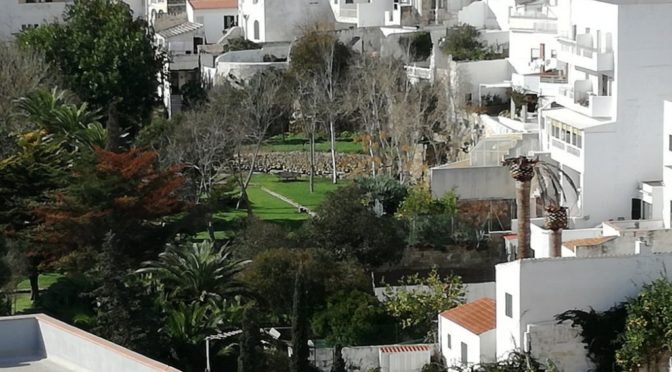 The questionnaire which the Consell Insular recently did on line about tourism in Menorca has had over 1 700 responses which will help us to reflect on where we are and where we are going.
Both the age range and the professions of the people who responded to the questionnaire are diverse. Although we cannot claim the responses to be completely representative of Minorcan society, various things stand out.

86% of the answers given agreed that Menorca does not have a clear model of tourism, however other answers showed a consensus. Tourism is considered important for three reasons: economic development, job creation and the impact it has on the environment.
Only 350 out of 1 700 people think that the number of visitors in summer is acceptable. An even larger majority stated that they identify tourism with over exploitation of natural recourses, filth and over-crowded roads and beaches. Consensus was also reached when people were questioned about which products should be promoted. A tourism aimed at cultural, historical, gastronomic and sporting activities was the kind most voted for. So it is clear that there are great differences between our current model and the one we would like to see.

The challenge seems to be in finding ways to extend the tourist season at the same time as recuperating natural resources. If extending the season means attracting more people to Menorca in the winter then it seems we are on the right path. New businesses being set up on the island, both rural and urban, aim to stay open the whole year round. However, sustainability will not be possible if the only change planned is to increase the number of visitors in the winter. The island can recover in winter principally because there are very few people here. Our beaches, which are eco-systems not just sand deposits, have a chance to regenerate themselves after the stress of the summer. The costal waters which receive a constant flow of both waste and maritime traffic breathe a sigh of relief as autumn arrives. The poor aquifers which provide water for the towns, villages and urbanizations can finally take a break.

The tourist season can only be extended if policies are implemented to decrease the number of tourists who come in the summer months. If we can free such actions from unfounded criticism they will prove to be a bonus for the tourist industry. Last summer saw an increase in complaints about overcrowding, comments made both on line and directly to people who work in the service industry provide proof  that degrading Menorca as a product is not the way forward.

Another can of worms which the questionnaire opened up was that of renting out private rooms to tourists. An idea which was well received by Menorcans in contrast to residents on the other islands. This may very well be explained by the fact that Menorca attracts a less conflictive kind of tourist.

The first time that OBSAM published a graph on Daily Population Density it could be clearly seen that in the summer there were many more tourists than there are official rooms for rent: there is nothing new about this situation. Many people see it as a way of keeping tourist income on the island, unlike on the other islands, there are still no companies who buy up rooms with the sole intention of renting them out in the summer.

The actual situation is worrying as many more people than before are visiting the island and on line offers, digital platforms etc do nothing more than aggravate the situation. There is a real danger that the price of renting a room here will go sky high. It is interesting to note that the majority of people who answered the questionnaire would like to see the money raised by the tourist tax spent on conservation.