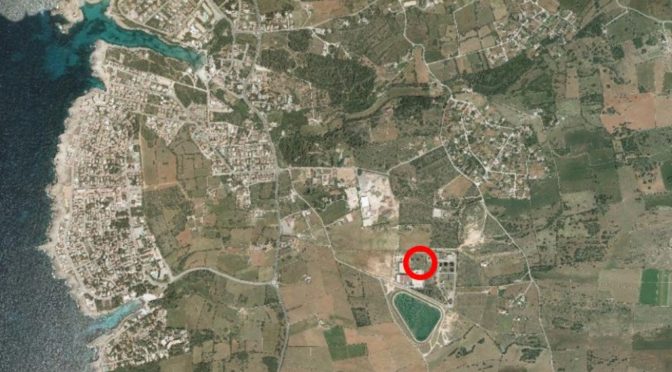 GOB has lodged an appeal against the agreement made at the Plenary Session of the Ciutadella District Council to make public land at Rafal Amagat, in rural countryside, available for installing a liquid gas depot on behalf of Gas Natural Fenosa. The appeal has also been lodged with the Directorate General for Energy of the Balearic Government.

The project to bring gas to Menorca consists in constructing a supply network for domestic use from three large depots in Ciutadella, Es Mercadal and Mahon. The implementation of this project would mean digging 579 kilometers of ditches along streets and roads. As a result, the supposed saving to all those clients that the company aims to convince, would be at the most 1.6% of CO2 emissions in Menorca.

In the opinion of GOB, this option to continue bringing in fossil fuel energy for small consumers, is not a logical response for the general public interest. It is more logical for the interests of the company, and this is not a sufficient argument to allow the transfer of rural public land for their use.

The only way in which gas could be brought to Menorca with environmental considerations as well as in the interests of all, would be by boat to supply some part of the consumption from the central power station in Mahon.

If the gasoil currently used by the power station turbines at the moment is substituted by gas, there could be some significant savings in emissions of SO2, NOx and part of CO2 (about 27%). These would be obtained only if a change is made to the large consumption of the central power station. There would be no significant savings in emissions when the destination is domestic homes, such as the new project hopes to achieve, and one which, anyway, requires enormous installation works.

The gas must be bought from third countries, or it must be extracted by the problematic method of fracking, which cracks large areas of land and seriously affects the subsoil and the aquifers. GOB has been lodging pleas at each stage of the project.

The effort and time of the public institutions which are now determined to bring gas to the Island would be much better spent in dedicating themselves to the promotion of solar energy for heating water, and the promotion of the use of local biomass, and in the production of electricity from renewable energy.

In any case, GOB is asking that no preference is given to gas. However, if the company manages to install itself, then the depots must be on industrial land. The appeal lodged by GOB reminded that the Supreme Court makes a restrictive interpretation for the use of rustic land and rules against projects involving gas depots too near inhabited areas.

A gas depot is classed as offensive, unhealthy and dangerous. As interpreted by GOB, the land of Rafal Amagat is far too near the urbanization of Cala Blanc as well as to the more rural villages and some of the single homes found in the area.