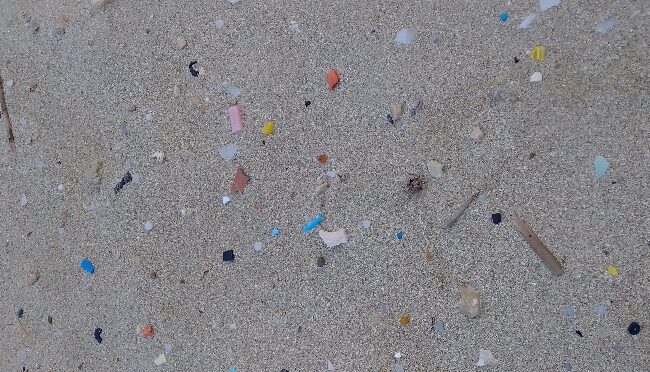 For a year and a half,  the Centre of Education for Infants and Primary School Margalida Florit in Ciutadella and the Mestre Duran of Alaior, have taken part in the public science project “Microplastic Watchers” as part of the Marine Observers programme.

The activity, promoted by the Natural and Marine Environmental Education of GOB Menorca, seeks to bring science closer to primary aged children so that they can learn about the natural values of the coastline, the threats it faces and to show the importance of caring for and conserving these areas.

The object of the programme, coordinated by the Institute of Marine Sciences (ICM) and the Spanish National Research Council (CSIC) is to collect data on the presence and abundance of micro and meso plastics in the marine environment, in order to work on the diagnosis and awareness of this widespread problem. For the last eighteen months, the participants have compiled monthly data, from the beaches of Algaiarens and Son Bou, following a scientific protocol for collecting samples and classifying plastics of different types and sizes.

In addition to the collection and analysis of samples, the initiative encouraged the students of the CEIP Mestre Duran school to reflect on, analyse and disseminate the information that they obtained. Among the tasks carried out by the students, were a rap, an exhibition, a video and numerous posters that explained the problem of plastics in the natural environment and how they affect us.

With the data collected and analysed during this last year and a half we can begin to collect interesting information on, for example, how the collected samples from both beaches indicate a larger concentration of plastic fragments in the higher part of the beach compared with that closer to the sea. This is because the low density of plastics causes them to be swept up by the wind and deposited at the top of the beaches where they accumulate. If this theory were correct, the dune system of the beaches, which is protected, and from where we are unable to take samples, would show much higher concentrations of micro plastics.

Some figures shown by the analysis of the sand from the middle of the beaches where towels are laid are especially worrying.  In Algaiarens an average of 171 fragments of plastics per square metre were found and in Son Bou 99 fragments per square metre. If we take into consideration the complete sizes of the two beaches, we come to the conclusion that Algaiarens, at 4600 square metres, there could be 350,000 plastic fragments and at Son Bou measuring more than 32,000 square metres the number increases to 1,620,000 fragments. These numbers do not take into consideration the concentrations of micro plastics found in the dune systems and, as we have said before, they are surely much higher than the figures used to realize these calculations.

Finally, it should be mentioned that during the sample collecting, a total of 1,448 pellets in Algaiarens and 848 in Son Bou, was discovered, nearly double the number on the north coast beach from that of the south of the island. The pellets are small transparent or coloured balls that the plastic industry uses as a raw material, but in Menorca there is no plastic injection industry. The data coincides with the theory that the plastics appearing on the beaches of Menorca come from leaks of petrochemicals from the Peninsular that the tramontana winds and currents deposit on our coasts.

As can be seen, the initiative reveals interesting but worrying information. We hope that we can continue working with education centres and discover more about the contamination of plastics along our coast and make the students aware of the importance of caring for the seas and oceans.

The project, “From the classrooms to the seabed, clear the Balearic Sea of plastics” was started jointly with GOB Mallorca in January 2021. It has been made possible thanks to the support of the Sa Nostra Caixa Foundation of the Balearics with Bankia, by its call for grants to be given to non-profit entities for the Environment and Sustainable Development, through the Marilles Foundation and the Ciutadella Town Council.