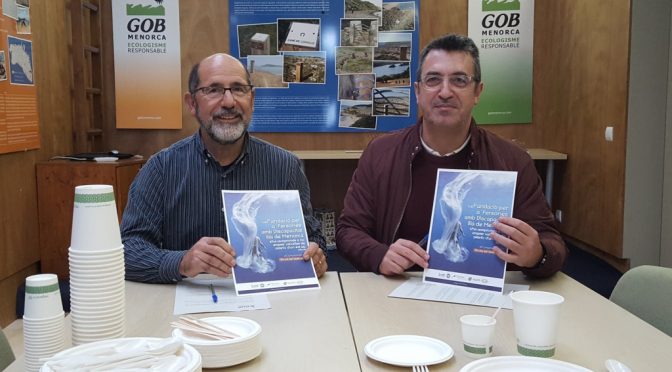 The “Promise for 2020” has been taken up by more associations. The Mercadal Association of Neighbours, The Forum of the groups of the Third Age sector, The Menorca Foundation for the Disabled have all signed the pledge not to have one use plastics for their fiestas.

The members of the Menorca Foundation for the Disabled, formed by the Consell Insular, the 8 island councils, and the 14 groups that work with the disabled, have all signed the pledge to give up one use plastics at their fiestas.

More than 8 million tons of plastic comes into our seas each year. They do not biodegrade but, with the passing of time, break down into very small pieces called microplastics which are then found in the fish we eat and the salt we consume. We have heard much talk of the islands of plastic which are being formed in the oceans but less about the Mediterranean and its enormous concentrations of microplastics which are the highest in the world.

To deal with this 21st century epidemic, a united front is being formed to try to go to the origin of the problem and aim to change the habits of use of those plastics which are easily substitutable.

GOB’s campaign to combat expendable waste was started last summer and will continue this year so that by 2020 there will be hardly anyone in Menorca using short term disposable plastic products that cause huge environmental problems.

A multiple agreement with the Menorca Preservation Fund, the Marilles Foundation, the Sunseeker Company and the Blue Marine Foundation has allowed GOB to give biodegradable tableware to those associations who have agreed to make a change for their fiestas. These are made from the cellulose of sugar cane, cardboard, wood and corn starch.

We would like to thank these associations who have contracted with us and shown their interest in our campaign.

This year we will continue to give out tableware and work for the “Promise of 2020” so encouraging companies and associations on the island who organise celebrations periodically to be added to the list of supporters for our campaign.