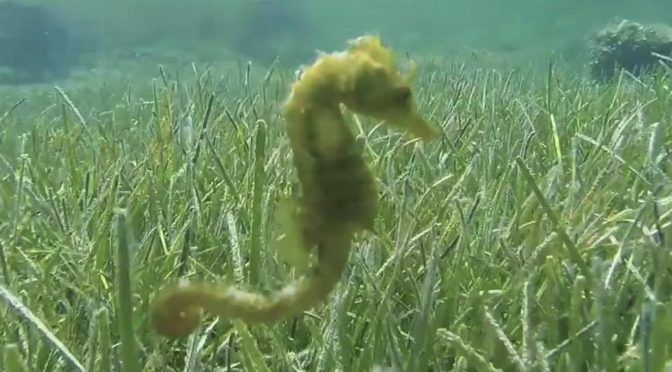 The shallow waters around Menorca are home to many important species that have disappeared in the greater part of the Mediterranean. The increase in the number of moorings and anchorages is a severe threat. GOB is calling on the Balearic Ports Authority to conduct scientific studies to assess areas that have special protection.

Very interesting biodiversity is found in shallow waters. In the attached video, produced by Mallorca Blue, you can see examples. The policies during the last decades to turn these areas into marinas and a massive number of anchorages have meant the disappearance of the natural communities that develop there. Menorca is one of the last refuges.

The marina at Addaia has authority to double its size in the bay that leads to Mongofra. The Fornells port is also increasing – for the umpteenth time – its number of moorings with many physically clashing with the posidonia.

An Island Coastal plan is urgently required that offers a vision for nautical infrastructure operations, a requirement that should be initiated by the governing Island Council. This year, despite the tourism crisis, boats have yet again been overcrowding many of the coves and beaches. How long can the increases be allowed?

It is a necessity that scientific studies to catalogue the natural values of the port zones is carried out. GOB has asked for this to the Port Authority for Mahon, and, to the Balearic Government for the ports of Ciutadella, Fornells and Addaia.

The number of boats has multiplied and they have grown in length. However, the corners of the Menorcan coast remain the same size as always. When the boats do not fit in, then conflicts start with the bathers, they anchor where it is not allowed and the view of the horizon from the beach is obscured.

The natural values that are still found in Menorca have been lost in other places where they did not know how to place any limits. Our island must not make the same mistakes. In the same way as a large part of the forecasts for urban spread along the coast has been redirected, so demands must be made to the managing administrations to work for the conservation of the natural treasures found in shallow waters.