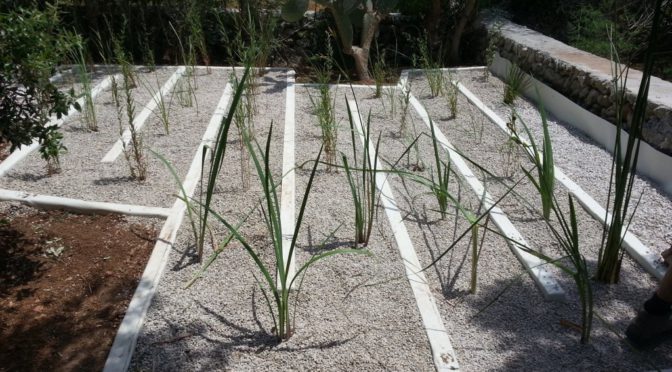 It is currently being discussed if a moratorium to stop the further construction of houses in areas without mains drains can be made by the Balearic Government. In GOB we think that the problem is not only with the building of new houses, but also with the hundreds that already exist causing nitrates to enter the Minorcan aquifer each day.

Chronology of exceptional and repeated moratoria

The law states that it is obligatory to have sewerage available for a plot of land before any building is permitted. No sewerage, no building.

In 2009, so as not to stop investments at a time of crisis, a special government decree (Decreto Ley 4/2009) was passed relating to town planning and the environment, which because of these exceptional circumstances allowed a year in which new homes could be built in areas without sewerage.

In the same period of a year, the local councils were obliged to “approve definitively for any urbanisation project the provision of services and sewerage including making the connections to the general sewer system”.

The year passed without making any sewerage (but new building could be approved). In March 2010 (Decreto Ley 1/2010) was published for a new moratorium for a year which established the obligation to approve the drainage projects. New houses were built but no sewers.

That means that in the Balearics we have five moratoria on areas without sewers. Now another is being discussed which if published will be the sixth.

When will we address the problem of nitrates?

Understandably, there are people with building plots who will be considered favourably even though there are no drains available. Also understandable are the interests of the construction sector and of local councils which result in licences being given during economically lean times.

But, what is inconceivable is that no one is addressing the grave problem of nitrate contamination which, from not making a sewage system, becomes worse and worse each year.

The reality is that there is no prospect for making a sewage system where there is none, generally because the costs of connection to the remote areas are enormous and there are no public funds available nor none expected.

The solution of Green Filters

GOB has been proposing for some time the option of green filters, a system infinitely cheaper, decentralized, with nearly no maintenance costs and with natural purification without smells and mosquitoes.

But their widespread implementation generally requires the determined involvement of the public who cannot put up with the continued dictats of moratoria that give periods for putting drains in place yet which everyone knows will not happen.

The government could resolve this problem if it produced a legal framework in which residential building far away from towns and proposed by local councils, would be exempt from a central sewage system but would be obliged to implement the use of green filters within a specific period.

This way aquifers would gain by reduced nitrate pollution; the property owners would gain by having much lower costs on obligatory work and the credibility of the institutions would rise because it is irresponsible to propose legislation which cannot be fulfilled.

The excessive presence of nitrates in water creates severe problems to the public a situation which has been known for many years. It is now time to address this state of affairs seriously.