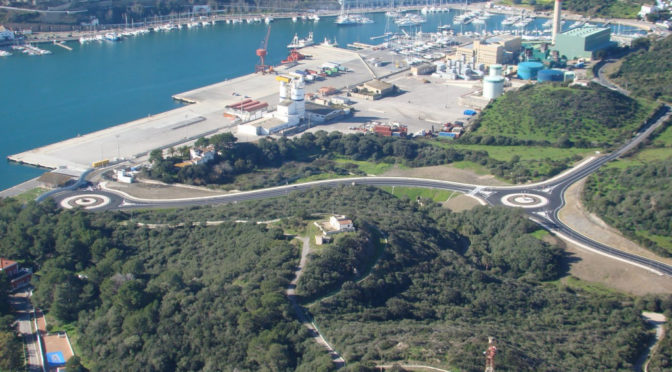 There are many ways to analyse data and news headlines. Sometimes, the data are analysed well, however, the headlines hardly do them justice. So it is with the Central Electricity Power station.

We have recently seen headlines announcing that the turbines of the Power Station have reduced their pollution by 83%, thanks to the injection of treated wastewater. Someone, who does not know the details of how the factory operates to generate energy for the island, would think that the whole of the Power Station has contributed to this air pollution reduction. This is not so.

Electricity production in Mahon is generated by three diesel motors that are working all the time, and five turbines that start and stop according to demand. Therefore, when talking about the “turbines” of the Central Power Station electricity production, the diesel motors working 24 hours a day and burning fuel oil are not mentioned yet their pollution is much greater than that of gasoil.

Furthermore, of the five turbines, only three are injected with treated wastewater for reducing pollution. That means when talking about “the turbines” of the Power Station, it is not about all of them, only three of the five.

Another point: the injection of treated wastewater is to lower the combustion temperature and reduce the formation of nitrogen oxides, but without reducing other pollutants such as carbon dioxide, sulphur oxides and different particulates.

To summarize, the saving of 85% of emissions refers to three of the eight electricity-generating systems, of which five are not always running, and means only the emission of nitrogen oxides.

By considering the published data for the operation of each system and knowing that the power station worked 18.1% less than in 2019 (because of economic unemployment due to the pandemic), it can be estimated that the injection of treated waste-water (with a project cost of more than 11 million euros), the Central Electricity Power Station of Mahon will have reduced less than 30% of the nitrogen oxide gases in 2020 and have had no effect on the other pollutants.

Some of the data would appear clearer if we realised that during a large part of 2020 work for bringing the treated water was not completed and it operated, instead, by using an average of over 400 lorry trips per month.

Having clarified these points, GOB would like to remind that checks have been made on various occasions showing that the pollution affecting the Mahon population increases greatly when the wind is from the north. For that reason, GOB has been asking that when north winds are forecast, the diesel motors (the most polluting) should be turned off.

The solution to atmospheric pollution would be to rationalise consumption and substitute fossil fuels with renewable energy.