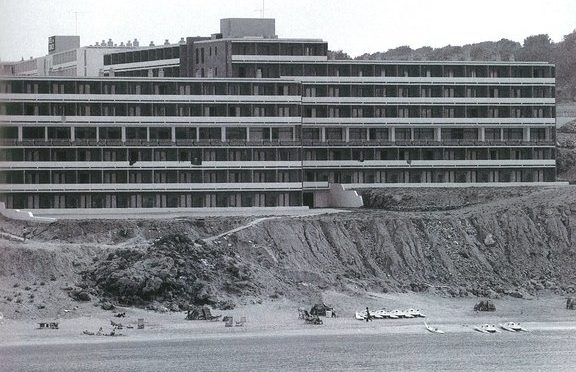 Coastal hotels approaching obsolescence have a new planning amnesty. Deadlines are being extended allowing the continued use of disposable plastic. Controls are being loosened for building works on rural land. The Balearic Government is frustrating its commitment to sustainability by means of a decree/law for urgent measures that is reversing its direction.

Predictably, the economic crisis resulting from the coronavirus is generating exceptional measures on the part of public institutions. The large break in activity requires public incentives to regenerate the economy. This is a good opportunity for reorienting negative dynamics. However, it seems that traditional economic pressure groups are now imposing their own version.

Based on one of the articles of the new Decree-Law, large hotels constructed in the sixties and seventies, when there were no environmental laws, can now modernize, increase their volume and land occupation, and have no obligations for less energy and water consumption than before. They are exonerated from the planning parameters that apply to the rest of the public.

The Government is discredited by some issues that are basic for the island such as in the controlling of crowds over the last few years, or any commitment for changing the face of tourism to a non- seasonal product of high quality.

In addition, it reneges on its agreed policies to combat the epidemic of plastic in all areas. The Law of Waste is postponing the prohibition of one-use, disposable plastics that had taken so long to get approval, in what seems to be the first extension to the achievement of the plastics lobby. The economic crisis is used as a cover for not dealing with the drama of the sea spewing plastic all along the coast.

In addition, rural land can suffer from new violations based on the legal text that was presented on the morning of 13 May. Taking advantage of the need for facilities for the implementation of renewable energies, availability is being made for construction and repair of boats on rural land (though this is an activity that requires strict control of toxics). Building controls are being relaxed, despite the long history of cases not complying with the planning laws.

The Decree is marked by some points that undermine the public’s hopes for institutions to follow ways that are more sensible than those that have been on the go for the last few years. Perhaps it is now time to raise our voices in protest.