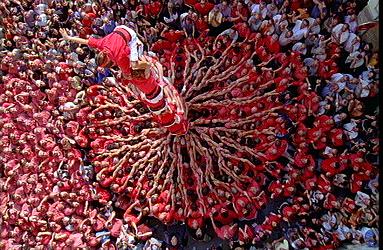 Social inequality, alternative economies, humanitarian crises, environmental problems or unresolved personal claims all provide a spring board for many people who want to improve the way the world functions.

These people are not the majority, neither are they the most eminent but they are the ones who strive for an escape route, at least for a while, from the viscious circle of consumerism and entertainment which immerses a large part of the world’s population. These people more or less successfully, work towards social change.

When deciding if to participate or not in an organization which goes against the system, it is a good idea to take into account that not every battle will be victorious, nor will it be an easy ride. Actions do have their consequences. When you are going against the majority, it is almost certain that you will end up stepping on the toes of those who work only to satisfy private interests and gains. This may very well earn you criticisms and the incomprehension of your fellows.

There are those who, when the finally realize that change is needed, start the race sprinting. But as soon as they run into the first criticism or defeat, they usually give up, frustrated by a world which they believe will never learn its lesson.

In general, social change is a long distance race. One must be perseverant, and willing. Even though there are many formulas, ways of working are needed which permit us to make the most of the time available and to allow us to use insight to explore the most appropriate alternatives.

Although the vast majority is, not everybody who frequents the circles of alternative organizations is by nature generous. People experienced in social transformation projects, usually have a peer group identified that are of a similar mind set .Although in reality things can sometimes turn out differently.

Sometimes we come across people who carry around with them an interior feeling of impotence and are unable to face up to their real adversaries and usually end up diverting their energy towards more vulnerable objectives, although they may not be logical objectives to fight for.

It is also possible to come across the kind of people who join organizations thinking that they are full of simple and naive people, that these associations are places where they can scheme and plan initiatives which have purely personal objectives. However, when they don’t achieve them, they have been known to storm off questioning the authenticity of the group they joined.

Anyway, it is always better to undertake a long journey accompanied. Look for groups who know how to co-ordinate their personnel and materials, groups that make it possible to carry out long term actions which result in real change, who go further than satisfying intellectual needs or writing comments on the net. Identify groups which are capable of providing a structure which guarantees democracy and internal transparency.

Attempting to organize actions which are not motivated by any financial incentives but which aim to kick start a change is a complicated challenge. Oscar, from Open Arms, confessed that it was after they got their first boat that things started to get difficult, how should they adapt it? How could they make it work? How could they make it more effective? How were they going to maintain it? The boat, however, was a tool that increased their capacity to act. Thanks to their commitment and tenacity in involving more volunteers, thousands of people are rescued from the sea. The initial complications are more than compensated when the objectives are reached.

A group of people who are well organized learn to support each other, use their strength to hold each other up, lick each others wounds and help each other to bounce back into action. Of course, sharing moments of happiness also help to charge the batteries.

Participating in actions which pursue common good is so beneficial for the spirit that doctors actually recommend it. Nearly everybody who has stood up for a just cause has experienced a moment of joy.