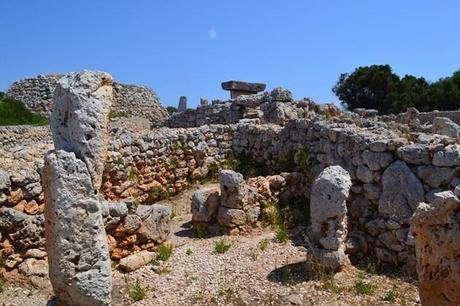 The Consell Insular and GOB have organised an excursion by foot for Sunday 27 November. It will be along old paths to the Trepucó settlement, where excavations during recent years in new areas have shown various prehistoric sites of war confrontations.

Places are limited so the list will be closed once the maximum numbers of participants has been reached. You can apply here.

The excursion will pass along some very attractive animal paths and it will be possible to see some ancient municipal landmarks. During the visit to the various remains of Trepucó there will be explanations by an archaeologist. In this area the bones of stone slingers have been found who would have participated in some of the wars which took place here.

The walk will not be difficult. The return to the start will be by foot. You will see information on the times and meeting point when you register.

We take this opportunity to let you know that a few days beforehand, there is a talk to coincide with the walk. It will be about the stone slingers, the wars and the soldiers, given by the archaeologist, Montserrat Anglada with Francisco Fornals. This will be on Thursday 24th at 8 pm in the Museum of Menorca. It is not necessary to register for this event.

The cycle “Som talaiòtics? Viure a Menorca abans i ara” (Are we Talayotic? Life in Menorca then and now”) is a programme organised in conjunction with the Department of Culture of the Consell Insular with GOB.