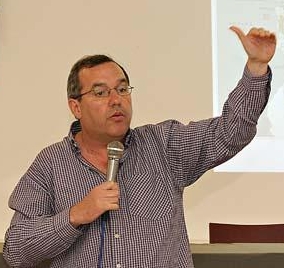 There have not been many postings this month, due to holidays. Here is a synopsis of some activities:

GOB elected, unanimously, Antoni Carreras, to receive the Pere Prats Prize for initiating projects which combine social employment and the environment. Working with Caritas and during the economic crisis he recognised the importance of recycling clothes and goods at Mestral. He promoted the Algendar Tree project, creating work by the conservation, for example, of its ethnological walls, irrigation channels and agricultural structures in this special farming area, and also by the reintroduction and sale of Menorcan fruit trees boosting commercial ecological cultivation.

Believing in ethical saving, he introduced ethical banking to Menorca with, for example, Caixa Colonya. Sensitive to the injustices of the working conditions of the Third World, he promoted International Fair Trade products. He has helped in creating the Forum d’ONG de Menorca (now ETS), a network of social entities of the island.

Antoni Carreras’ many initiatives have benefited Menorca and its society without personal financial gain. Now in Ecuador, he took part via video link as his father received the prize on his behalf.

Presentation of book on Edible Wild Plants of Menorca

This book in Catalan, Plantes Silvestres Comestibles de Menorca edited by GOB and written by Cristòfol Mascaró is now for sale. It is a guide to edible wild plants with explanations on which parts of the plants can be eaten and is illustrated with 300 photographs. It shows how to collect the plants without endangering their species.