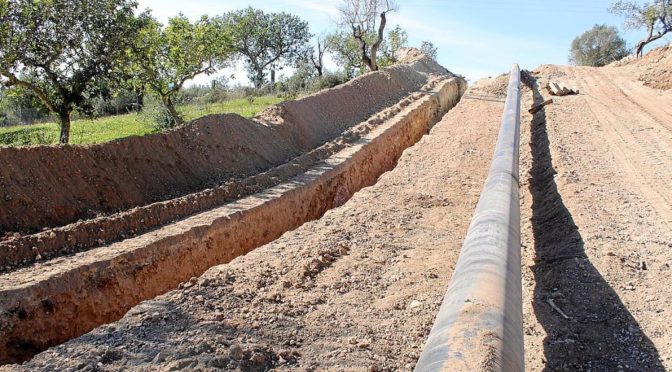 The project to bring natural gas to Menorca is not, in the end, acceptable for the public. The potential saving of lower emissions is very insignificant and would not compensate for the amount of construction work required.

It will be recalled that a project was approved by the last government prescribing the provision of gas holders in Mahon, Es Mercadal, and Ciutadella and the construction of a distribution network in order to supply this energy to the private houses and industries that were interested.

Assuming that the company initiating the scheme had persuaded the optimum number of clients to accept it that would translate into a saving of only 1.6% of CO2 emissions. The construction works would be declared a government responsibility for a public utility, and it would have to build a total of 578.8 km of ditches for the gas pipes to run alongside the roads.

GOB disagrees that this is a strategic move for Menorca and has filed proceedings. In the first place, it must be realised that gas has to be bought in from other countries which neither helps to increase energy independence nor to lower the high economic costs which are now faced for imported energy.

From an environmental point of view, burning gas is not as high a contaminant as burning fuel or diesel, nevertheless, it is a contaminating fossil fuel. The implementation of such large projects only makes sense if they connect with the central power station, where the energy consumption is large. There, then, any saving of lowered emissions would be significant.

It has been suggested that Menorca would be able to connect to a central power station in Mallorca but that would need a deep pipeline under the sea. However, the reality is that ducted gas available in Mallorca has not been connected up with its own central power stations. An enormous work costing hundreds of thousands of euros is not being used in the best interests of the public.

In Mallorca, Endesa has various central power stations like the one in Mahon, but with machinery already installed which can work on gas. If gas is then used here perhaps the large works could be justified. At the moment, it seems that we continue as always, and large projects are justified by the profits which the companies make when it is constructed, and not for the service which they offer afterwards.

As soon as the prospective location of the gas holders in Menorca was known, GOB warned in its pleadings that at no time was it justifiable to locate these tanks, as they wanted, in rural countryside, which seemed based on the price of land. In any case, they ought to be on industrial ground. At the same time, GOB pointed out that the land on which it appeared a gas holder was to be built for Ciutadella, a plenary session of the town council had agreed unanimously that no permission would be given.