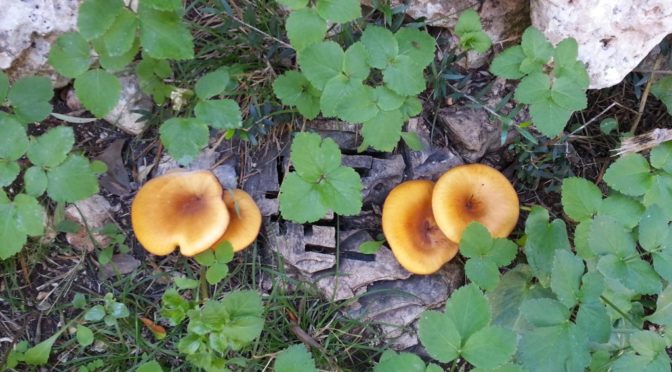 While in the Arctic temperature records continue to be broken, other conservation issues both locally and internationally, are looking a little brighter.

For a long time now in Menorca, we have been implementing a land stewardship programme. This knowledge, shared between farmers, landowners and ecologists has brought rewards, if only very modest ones, in the guise of commitment to conservation.

Many projects, such as the responsible management of woods or the recuperation of the troughs from which both domestic and wild animals drink, bring about social recognition, organized voluntary work and in some cases the promotion of local produce. Alongside these programmes, an agrarian contract has also been drawn up which includes economic incentives for farmers who implement good practices as part of their land management.  Until recently good land management was considered to be an externality, a positive one, but still an externality, meaning that these practices did not leave their mark on the balance sheet. There were no financial incentives for woodland management.  Now all that is changing.

From this year onwards, the estates, which want to sign up to the CARB (the agrarian contract), are obliged to present a waste management strategy. Those who clean up the environment get paid; a philosophy which is becoming more and more popular the world over according to the experts.

Last year’s climate summit, celebrated in Paris, achieved the almost impossible task of getting two world heavy weights, China and the USA, to sign up to the agreement. Some say that this act heralds the real beginning of the 21st century, even the financial markets are taking notice.

Big corporations looking to invest internationally are taking note that many investment funds no longer consider economies based on fossil fuels an attractive offer much preferring those based on renewable energy sources.

A while ago, general subventions ceased to exist locally. They have been substituted for agreements which channel public money into projects to benefit the common good. This tendency is in play all across Europe, there are even plans to incorporate environmental values in the calculation of the European gross domestic product by 2020.

Of the scientific theories, which try to explain the world, the most successful are those which are based on co-operation rather than on competition. The same seems to be true with ecosystems, we are now discovering things which until now have been unimaginable. It seems to be that the majestic holm oaks pass on humidity and nutrients through a subterranean web so that certain fungi which grow in the subsoil can use it to grow.  Ramon Margalef, the well-known ecologist, said that some organisms make life more complicated and, at the same time, they make history. The same thing is happening in the area of environmental challenges. Between breakthroughs and setbacks history could very well be made.

Large North American environmental organizations are working in the area of external debt exchange with third countries, swapping debt for the conservation of areas of outstanding natural value. Evidently, improvements need to be made but it has to be said that the mind-set is changing.

As in the case of the ecosystems, our society is more than the sum of its human parts and the most important aspect of this fact is that it is mutual help and support, which make it all possible in the first place.

We shall see if we are in time to save the polar bear and the rest of the food chain on which this species depends. We shall see if the co-ordination and the sum of forces will be enough to combat successfully the multinationals which are rubbing their hands together with glee imagining how much petrol there might be under the ice caps. We shall see if our education system will change its orientation in a bid to form citizens not just intellectuals and if, in a few years time, we are able to change the mechanisms which are currently leading us down a very dangerous, dead end track.

Many indicators have shown improvements within the extreme situation in which we find ourselves. As it has been said, we have to wait for better times before allowing ourselves to be pessimists.