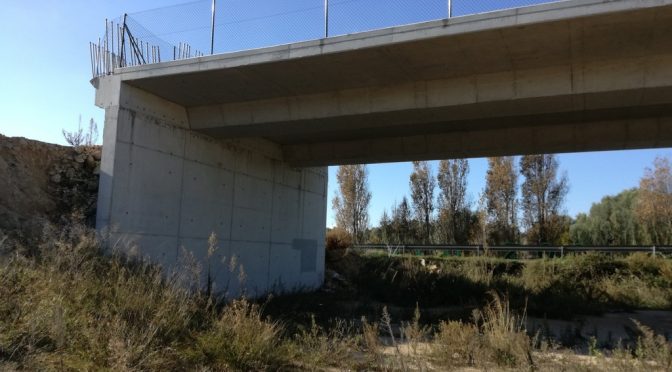 The argument on the dimensions of the work to be finished on the main road of Menorca has been carried out on for a while. In the last government, works were begun on the portion of the road between Mahon and Alaior, and which were finally put on hold because the construction company abandoned them. Now you can add your signature to a declaration of intent requesting that the originals plans be reviewed.

As a result of the 2015 elections it was evident that the majority of people in Menorca did not approve of the projects which had been put forward and the newly elected government had to confront making a revision to these plans.

Now, in the summer of 2018, a decision needs to be taken on what is to happen to the junctions with the main road at the cross roads of Rafal Rubi and at the entrance to l’Argentina. With this objective, a group of people has decided to circulate a declaration of intent requesting that these junctions should be reviewed opting for acceptable height levels, and that safety is taken into consideration while at the same time making sure that the minimum possible damage is done to the landscape. The declaration of intent requires the maximum number of supporters.

The reality in our modern world is that there are many ways of making roads. The current plan for this road is not the only possible method nor the only recommendable one. In the end, reasonable decisions are taken by making clear the technical problems and considering them in their contexts. In the case of l’Argentina, there is an environmental question on the height of any construction. In the case of Rafal Rubí there is a landscape problem which requires similar consideration.

This is the moment to decide how to rethink this portion of the main road which has provoked the most controversy in the last four years. We hope that the government will be committed to decisions which balance human requirements with the environment as has been done so many other times in Menorca.

It is expected that the Consell Insular (local Island government) will make a decision on this matter at the plenary session on 17 September. For this reason, in the next few days, there must be the maximum circulation and collection of signatures.

You can read the declaration and sign it by clicking here.

We hope that you can forward this notification to your friends.