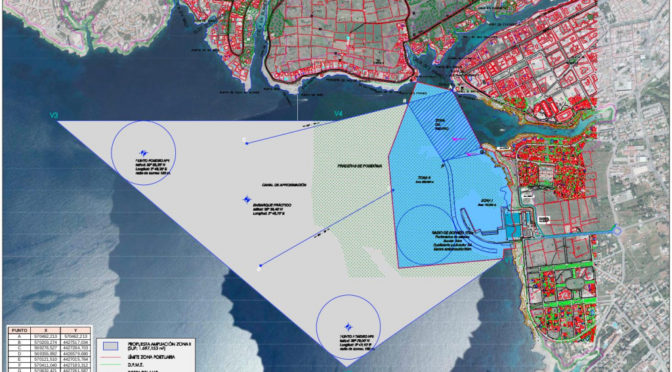 The Plan of the Balearic Ports has recently become available for consultation, prior to its environmental processing. GOB is asking for a review of some of its planned activities such as enabling docking points for large cruise ships in Ciutadella; the enlarging of the sports port of Addaia and the remodelling of the moorings in Fornells. Likewise, an examination of the analysis of the nautical capacity of Menorca.

The Plan of the Ports makes a general forecast of activities in different areas of the Menorcan coast. In addition to the activities mentioned, also forecast are new slipways (Fornells), parking places linked with the slipways (Addaia, Es Grau, Sant Tomàs …) and dry marinas (Cala en Busquets).

The Plan ought now to have a strategic environmental assessment. GOB reminds that the law regulating this procedure requires a definition of the environmental characteristics of the areas and their evolution in order to take into consideration the expected effects from climate change. In this respect, it finds that the Plan is not using the latest cartography available for marine habitats making it difficult to assess any impacts.

The law also says that the probable significant effects on the environment will have to be defined. (These include secondary, cumulative, synergistic, short, medium and long term, permanent and temporary, positive and negative effects). The environment includes biodiversity, animals, flowers and the landscape amongst other things and it will be necessary to know the choices justifying the options made in the Plan.

What is worrying is that the anchorages proposed outside the port of Ciutadella, or the forecast of an anchorage point in the mouth of the Port of Mahon, end up being used, in reality, by the large cruise ships that are too big to be able to enter the ports. These large ships use a very heavy and highly contaminating fuel whose emissions are equivalent to thousands of vehicles.

The cruise ships with thousands of passengers work on the all-inclusive package deals form of tourism for huge crowds, require important infrastructures and function mainly in the summer when there is already a large increase in population on the island. Menorca should not commit the same mistakes from which Palma, Barcelona and Venice suffer.

Likewise, another worry is that the water sports port of Addaia could double its size in an environmentally valuable area.

As much as the subject of cruise ships as that of its own nautical offer, it has to be kept in mind that people who visit the island come with the expectation of little crowding so Menorca risks degrading its own product.

Excessive nautical pressure on a certain area diminishes its attractiveness. Whether it is from the effects on the seabed, or contamination of the waters or for the feeling of saturation held by the users and the people who enjoy the coast from inside or outside the boats.

For these reasons, an analysis is required of the capacity both of the boating quantity allowed in these areas and of the shoreline as a whole, in order to have more criteria with which to assess the advisability of some intended initiatives.