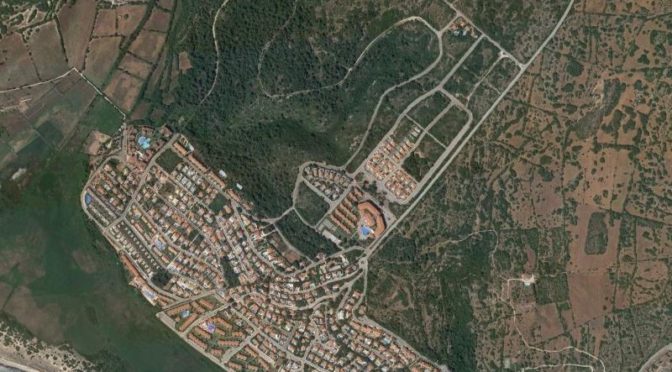 Little by little new urban growth along the coast of Menorca is being announced. It concerns the amount of coastal building for summer use adding extra pressure on an already saturated high season with its overstretched services and supplies. There are the means for confronting the problem but it is up to the public to ask for it to be done.

To the newly constructed hotel in Sant Tomàs (165 bedrooms) can be added to the authorisation for two new hotels in the area south of Santandria (which will have above 150 bedrooms); the green light has been given to Torre Solí (a hotel and 397 chalets) as has approval for growth in Son Saura (4 hotels, 491 chalets, a sports centre and a commercial centre).

Perhaps there are still people who see these developments as progress, but those who know the areas mentioned will know that it is not realistic to expect that this new offer of tourist accommodation will mean that it will function out of the summer season. And it has been many years since it was determined that there was no interest in Menorca to increase summer tourism accommodation unless there were more out of season attractions. There are ways for making this change but as yet they have not been made in the island.

These past years of the large international economic crisis have stopped a lot of investment in urban building. Though many people think that Menorca cannot increase building along the coastline this idea is far removed from reality.

The Pla Territorial (Planning Permission) of 2003 stopped thousands of the forecast places for tourist accommodation but it could not cancel them all. The Norma Territorial Transitòria (Temporary Planning Regulation) of the past government, however, facilitated more growth (such as in the case of Santandria mentioned above). This leaves the island with 4 million square metres along the coast for building development. If nothing is done it will become covered with cement.

With the economic recovery, we will return to seeing important areas along the coast being transformed along with the problems of water abstraction (the aquifer level continues to fall despite the rainfall due to the increase in demand), of energy, of rubbish collection, of water treatment plants that cannot cope with the extra supply, of saturated parking all adding to the growing feeling of overcrowding.

Menorca needs to make a firm commitment to agree a limit on the number of lodging places for tourists and that any new ones can only be allowed as old ones are eliminated.

The tourist law permits this and Menorca is the only island where the law is not applied. This is because it used to be considered that tourism was not being developed as much as in the other islands.

If this were to be effected and older tourist lodging places, with time, were replaced, so reducing the amount of summer only accommodation, there would be greater possibilities for non seasonal use. Few people believed that the notorious aquatic park in Biniancolla would function out of season and there are not many who think that a hotel behind the dunes would be viable in the winter.

It would be good, for example, that new urban hotels growth would be at the expense of reducing the amount of seaside accommodation indirectly stopping the increase in coastline building. The revision of the Pla Territorial is an instrument which could define the limit on tourist accommodation. This opportunity should not be lost.

One thought on “Urban growth and a limit on tourist accommodation”