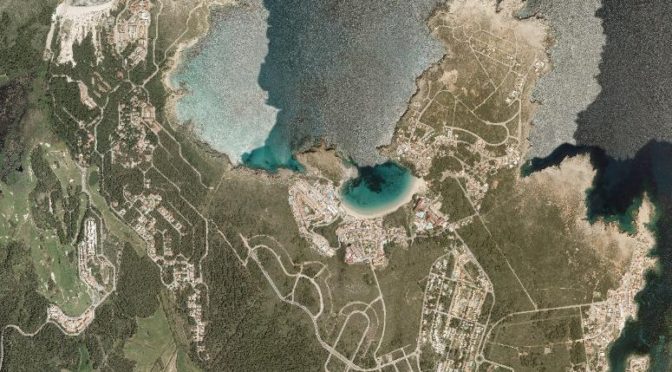 The communication which GOB sent out a few days ago (published Friday 7 June on Catalan/Castillian website and 12 June on English website) provoked a response by the island press from the Hotel Association of Menorca (ASHOME). A reply which it is worth analysing and reflecting upon the subject.

It will be remembered that GOB reported that Menorca still has some 400 hectares of forecast urban growth along the coast as a result of the Pla Territorial of 2003 which could not be declassified. Until now development has been limited as a result of the economic crisis of 2008.

But, lately approval has been given in various areas, with hotels and chalets (Son Saura, Torre-soli, Sant Tomàs, Santandria…) GOB considers that mechanisms to avoid this should be sought, otherwise more of the coast will be put under cement, and that Menorca should approve a maximum number of tourist accommodation places and, if necessary, eliminate at least one existing place before making a new one.

From the economic point of view, the object ought to be to convert the number of summer places into ones which can also work outside the summer season and so alleviate the growing crowds of July and August.

In their written reply AHOME defended the new hotels saying that tourism is an economic motor and that the hotels mentioned by GOB represented only 605 places. We do not know where ASHOME got these figures, but they are very far from the truth. We will give them again. GOB cited four growth areas already approved for execution:

From the previous data it can be deduced from the hotel numbers only, 2395 places have been approved. Nearly four times the number that ASHOME says. But, on top of that, must be added the approval for an increase in chalets: 1473 places in Son Parc and 1191 in Torre Solí. That means in total there are more than 5000 tourist places and a considerable transformation on the coastline.

If ASHOME are not worried by these figures, they should be. The points of concern are the tourist activities as well as the urban growth. These things were confusing in the 80s but by now we should know better. Precisely from the point of view of a rational tourist strategy, it is very difficult to defend, as does the hotel association, that Menorca is interested in increasing urbanisations and thousands of new tourist accommodation places along the coast.

GOB has brought to attention this subject because so much more similar planning is forecast (look at the photograph which accompanies this posting) and formulas must be found to moderate it. Insisting on adding tourist accommodation in the summer is a way for raising the growing problems of saturation and shortage of resources which is both bad economically and for work conditions.

We invite ASHOME to update their argument and open a discussion on the possibilities of reconsidering the planning and, of course, fighting off illegal offers, which is another battle.