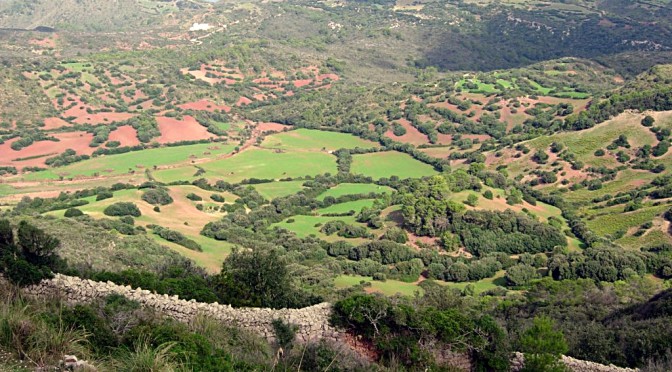 A greater part of the large urbanisation threats to the rural land of Menorca, gestating during the last few years, will not be easy to execute any longer. The Decree which was published on 13 January in the Government’s Official Report incorporates most of the demands made over the last few years in the campaigns for land conservation. And that is a victory for the people who were committed to rationalising the uses of rural countryside.

A series of changes in the town and country planning laws was seen during the last term of office of the Government, which basically left town planning up to the laws of local regions. This caused huge judicial uncertainty and complications for interpreting their practical application.

An example of this was seen in Menorca, where the aquatic park of Biniancolla was authorized to be constructed in protected rural land although other aquatic parks are only in urban areas. The technical and legal reports were not in agreement. Further reports were sought until a favourable one was found and was declared of general interest ignoring the urban parameters then in force for that piece of land. The case was taken to court by other companies in the industry.

A picture emerges as something without a legal basis. It also discredits the companies involved. Too many negative episodes have been written about urbanisation in the Balearics.

The Decree also approved an amnesty with offenders, a message which GOB considered ominous as it allowed for a minimum of governability of rural land. It also left some peculiarities, such as the Agrarian Law, which regulates the segregation of the farms (The regional town and country planning cannot put limitations nor restictions on the regulations of segregation which the agrarian legislation provided…” said one of the articles leaving it ineffective.)

The projects for increasing urbanisation in rural land ought to have a declaration of general interest. But this idea now renews a key obligation which was lost in the last modifications and that is that it should transcend individual interests. Therefore, CIMe (Consell Insular de Menorca – the local government) will have to decide and justify which projects really are of general interest.

There is still much to do. Since the most problematic items have been suspended or changed, Parliament ought, in future, consider and review each law and then will also be the time to propose criteria which seek an equilibrium between economic activity and the conservation of the countryside.

At the same time, Menorca should tackle important aspects such as a review of the Island Town and Country Planning (PTI) regulations (which should have been done in 2013); commision an effective Discipline Consortium for considering the urbanisation of rural land and obtain clarification for the interpretation of some articles of the Provisional Land Regulations (Norma Territorial Transitoria).

There is also a need to speed up procedures and combat the excessive slowness of the administration which is sometimes found in cases where there is no conflict. This is not achieved by modifying laws so leaving land unprotected, but by rationalising the function of the government administration for the public.

Thank you to all the people who took part in the campaign for more democratic legislation (Iniciativa Legislativa Popular) and who have supported and given encouragement to continue with this work. The results are worth it.