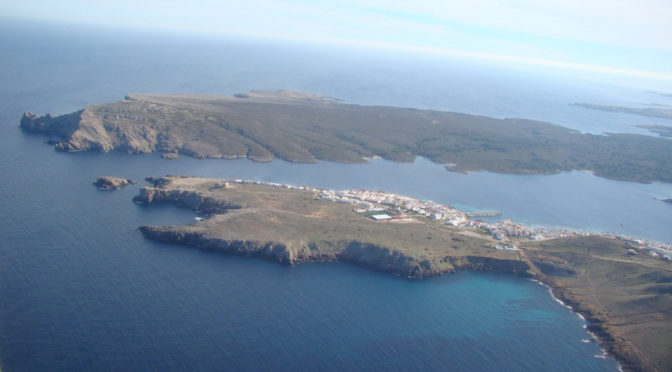 GOB has found various breaches of the environmental requirements imposed on the project to be executed in Fornells. The association has presented an appeal against a tender for the work in order to show the existence of significant environmental hazards.

The comprehensive reformation of the Fornells Port was the object of environmental evaluation on the part of the Balearic Environmental Commission in a session dated 3 March 2020. The project was approved, finally, on condition that it incorporated a series of modifications and actions, many of which do not appear in the construction tender.

For example, the project envisaged two boat slipways, one near the petrol station and the other in the southern part of the Port (on what is, currently, green land). In these areas, repairs are made with highly toxic materials, such as used oils, dirty filters, contaminated containers and absorbent cloths, batteries, aerosols, plastics, residual scrapings, paints, antifouling with biocides and heavy metals.

The environmental resolution warned against possible pollution and made it obligatory for the provision of collection canals and warranty systems. The construction project, that has gone to tender, has not observed any systems for the control of contaminants on the slipway to the south.

The project, now being tendered, expects that liquids collected on the esplanada slipway will be discharged into the port, after passing through decanters and separators. Such an activity requires the express authorization of the Coast and Shoreline Service but that does not figure in the documentation presented. This requirement ought to be considered, also, in the case of the southern boat slipway, which, as explained above, is not equipped with any system for pollution containment and it also expects that excess liquids will be discharged directly into the Port.

The area, now in its natural state, where the southern slipway has been planned, accompanies an area for parking of cars and trailers and contradicts the qualification of municipal planning for a green area. The modification that respects the viability of green areas is made in advance of urban planning.

Of special interest is the dredging of sediments that they wish to carry out at different points. The Commission of the Environment has pronounced on the obligation to specify the dredging areas and evaluate alternatives carefully for managing sediments. It should be remembered that one of the sampling points revealed the presence of copper, total organic carbon and other materials – that usually accumulate the most pollution – in high concentration. It is not possible to carry out the work without knowing the levels of pollution nor the specific destination of each cubic metre dredged.

A resolution of the Commission of the Environment specifies that beacons marking the navigation canals of the boats in the port, as well as any area prohibiting the passage of boats, ought to have been ecological systems, but these are not included in the executed project.

In addition, the reformation of the Fornells port plans to increase, once again, the number of moorings. The Commission of the Environment has warned on various occasions of the growing problem of saturation and the effects on the environment that are generated as more moorings become available. GOB has on record that in the evaluation process of the impact on the environment made by the General Plan of Ports of the Balearic Islands, the Commission of the Environment agreed that there should be a study on the load capacity on the Balearic coasts for recreation boats. The results of this study ought to determine the sustainability of the increase in the number of moorings as well as the length capacity of the boats in different ports.

The construction project of the port of Fornells provides for the rearrangement of the floating jetties and the new moorings. The result of this would be to create an increased number of moorings in 77 new places. It also provides for installing 77 new ecological buoys in different places close together, within the LIC (Places of communal important interest) area. It is understood that the new offer is conditional on demonstrating the boat capacity of the entire area used by boats that habitually or occasionally visit the port of Fornells.

It should be remembered that the bay is included in the areas protected by the European Natura 2000 Network, that have high environmental values both in the sea and the surrounding land.

In short, the project to reorganise the port of Fornells has been subject to several environmental controls. The Commission for the Environment, following the various procedural exposures of tenders for public scrutiny, imposed different conditions. It does not seem admissible that now the project is to be carried out it can ignore requirements that are essential in order to avoid future environmental degradation or conflicts.