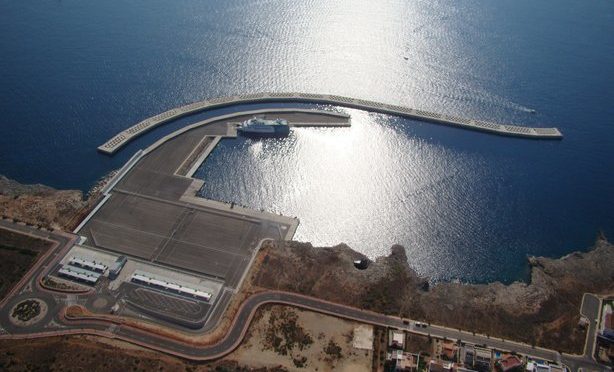 The project to enlarge the dock in Ciutadella has been put before the public for scrutiny. GOB is opposed. It has argued that if the facilities of Menorcan ports were used efficiently this could avoid new encroachments into environmentally protected areas.

Some days ago, the Balearic Government presented the idea of joining the docks of the so-called Duques de Alba to the exterior pier of the Son Blanc docks. In practice, this would mean that a port originally designed for ships of 100 metres in length could now operate for ships of 190 metres.

All the work carried out would be within an area designated as protected by the European Union for two reasons. It is a Site of Special Interest for ecological habitats and an Area of Special Protection for bird species that use it habitually.

The enlargement of the port is supported by companies which want to operate with much larger ships than its current users. However, GOB points out that the Port of Mahon is only 45 Km away. Without any more public works, it can accept ships of up to 245 metres in length, if they are equipped with bow thrusters, or up to 235 metres if not.

It is interesting to wonder what would happen if there were a similar demand on the Peninsular Coast. Would public investment be allowed every 45 Km because a private company does not want to travel that far to a port that currently can offer the service it requires?

In any case, GOB is aware of current legislation to optimise public investment. The Law 40/2015 concerns the Legal Regime of the Public Sector, affecting all existing levels of trade competition in Spain. Article 140 provides that Public Ministries must collaborate to find common goals. It obliges them to guarantee coherence in activities of the same kind, to observe the principle of efficiency in the management of public funds and to share the use of common resources.

Just because the ports of Mahon and Ciutadella are managed by different types of administration is clearly no argument for the loss of co-ordination and efficiency in public activities, when they are so physically close. GOB has requested an analysis, to be put to public scrutiny, of the possibility of coordinating the two ports, in order to optimize existing public funds rather than incurring new expenditure.

The planned works also involve cementing the seabed (in an area where there is usually a Posidonia meadow) of 850 square metres. This would be an irreversible operation that would affect the environment. Its objective is to prevent ships from causing any undermining of the east pier. This can happen when the large ships activate their lateral propellers for manoeuvring sideways. Currently, there is no problem of ships causing problems to the base of the pier because ships can enter only by the stern and not sideways. GOB therefore considers that the planned works are not necessary.

GOB has asked that, in addition to assessing the environmental effect of the physical work proposed for the current dock (at a cost of more than 5 million euros), the atmospheric pollution from the large ships should be measured. In fact, the widespread relaxation of regulations in the open seas, means that some types of fuel are still being used that are now prohibited on land or within the ports. This relaxation loses sight of the fact that air pollution is not confined to the sea, but also indiscriminately affects people and environments of both land and sea.

For these reasons, GOB has requested that any strategies to combat climate change should include the fixing of a maximum period for ships to operate in the Menorca channel with gas. In addition, during this transition time, tariffs paid for the use of the port should include criteria for the type of fuel allowed in order to encourage innovations for reducing contamination from each ship.

GOB has also shown its concern for the construction of the dock at Son Blanc that has been accompanied by an increase in the number of moorings at the traditional port. Given that both areas are a part of the Nature Reserve, GOB has requested a detailed study of the existing habitats for the whole of this area in order to draw up a map showing the underwater effects, as well as identifying opportunities for restoring the degradation produced by human activities.

Such a study should be made by some prestigious scientific body. It would serve as a guideline for planning a series of environmental compensations by the Balearic ports in areas of most intensive use.