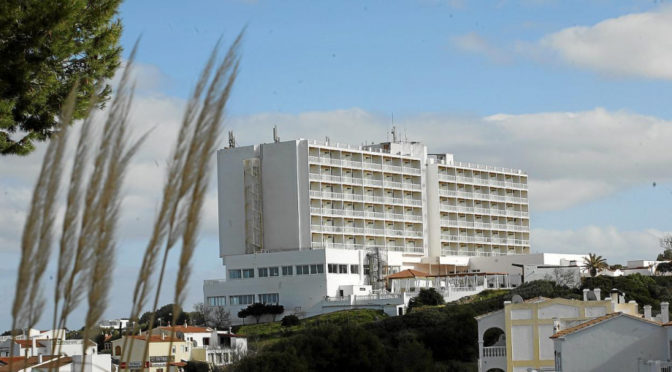 The Balearic Government recently approved a Decree-Law that incorporates some measures that appear to be policy errors. GOB has presented a completely new series of contributions as part of the process of public involvement, in order to improve the texts of the bill that are now being debated in Parliament.

The pressure of some economic groups at this time of a recession caused by the pandemic, cannot allow losing sight of the archipelago interest in modernizing what is offered for tourism, reducing that which is becoming obsolete and supporting effective economic diversification. As will be remembered, the Decree-Law caused a lot of controversy because it envisaged that the hotels, discotheques, sports complexes and other facilities in need of reformation, could have exemptions from any of the urban parameters now in force and, furthermore, could increase the occupation capacity by 15% without a licence.

Such a provision prevents the different islands being able to mitigate the town planning havoc that happened in the sixties and seventies when there was no democracy nor rational rules. It also stops the reduction of overcrowding and dependency on all-inclusive holidays. Now the Government of 2020 is aiming to consolidate all the facilities that are causing so much debate and furthermore are allowing unlicensed growth. This is not in the public interest and violates the basic principles of equality before the law.

GOB is asking for a bill that will now become a Decree-Law, to regulate the reformation of obsolete lodgings so that it has to be adapted to comply with existing town planning and, at least, has to reduce the volume and number of places by 50%. If every two places are made into one, there are possibilities for a realistic support of tourism that has no dependency on international charters and increases the final economic result for the benefit of the islanders.

It has also requested that any comprehensive reformation must consider a minimum reduction of 25% of water consumption and the provision of energy from renewable sources. This will help reactivate the building industry while reducing the ecological footprint of the establishments and so benefit the entire population. It was this same Government, in line with many other international institutions, that recognised the climate change emergency in November last year. Its actions should be consistent with this image.

A detailed document has been submitted that includes proposals for total or partial annulling of some of the articles, modifications of some of the texts and the incorporation of new articles.

It has been asked, for example, that the reallocation of some of the tax funds from tourist accommodation put towards costs caused by COVID 19, does not affect environmental conservation and sustainability projects, considering that this was the main object of this tax. At the same time, there are other investments for other ideas though they do not have the same urgency.

It is not considered a good idea to locate officially protected flats, day centres or geriatric homes in the middle of tourist areas. This policy of jumping over existing planning schedules later translates into grave management and coexistence problems. The same can happen with renewable energy facilities with the intention of ignoring land use planning (controlled by the Island Councils) in an effort to gain quick and coordinated organisation. This can end up translating into projects that can make a positive contribution to cleaner energy, but are delayed by land controversies, resulting in no administrative improvement.

It has been requested for clarification that an underground network of gas can only be declared an essential infrastructure for supplying public transport adapted to this fuel so long as it does not affect protected rural land.

In Menorca, the Son Bou and Arenal d’en Castell hotels are examples of the controversy and concern presented projects that aim to increase the occupation capacity and enlarge the physical space of old buildings. GOB has made appeals against these in order to avoid the results of historic errors continuing for another 50 years.

We will follow with interest the debate on these questions, which should take place soon in Parliament.