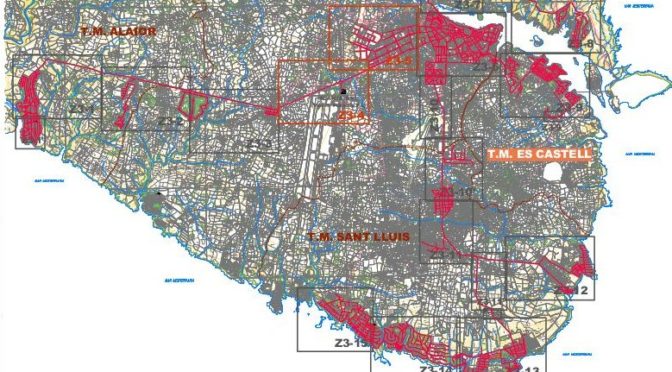 GOB has recently brought charges against the project to implement gas in the area to the east of Menorca (Mahon, Es Castell, Sant Lluís and Alaior) and which has now been made public.

The submitted allegation discusses that it was fundamental to declare these actions as for a public utility and of economic interest. It must be remembered that the saving in emissions which encourages gasification represents, after total implementation on the island, only 1.6% of the emissions of Menorca.

This 1.6% would be a fact constantly but only if the gas company were to produce the optimum amount (it must be remembered that they tried to substitute butane and propane gases as well as 10% of other liquid combustibles). But the figure is a wish, not a reality, nor do they have a sufficient number of clients in order to put the theory into practice. As a consequence, it must be deduced that, at least in the first years, the percentage of emissions saved would be even lower.

In order to be able to install ducted gas 578.8 kilometres of ditches would have to be made along the ground in Menorca. The costs and effort required for work of this style does not seem to have been included in the study although it would be better to have this information available in order to set out the criteria when talking about saving emissions.

For GOB, the implementation of the Gas Natural Company, apart from the network of ditches, is an initiative which would have business interest for its promotors, but nowhere does it mention which institution is favoured. Announcing a project based on fossil fuels for a public utility and of regional interest but that does not have any prospect of bringing a significant saving in the level of contaminating emissions does not seem justifiable.

The allegations warn that the current regulations say that the planning of the transport system and the distribution of natural gas with its supporting equipment, when placed on or passed along ground that is not urbanised must be reflected by the implementation of the region´s town and country planning, that is to say, by the Island´s Regional Planning Permissions. This requirement can be avoided only when there are urgent or exceptional reasons. Right now, the proposed ditches and a large part of the network will be on rural land and cannot be seen as urgent nor exceptional and cannot, therefore, avoid complying with this requirement.

On the other hand, no response has been received to the appeal presented to the Local Council of Ciutadella which agreed to allow the transfer of a public piece of ground in rural land in Rafal Amagat so that Gas Natural can use it to install the anticipated gas depot for the western part of the Island. If it is not understood who is given preference for the ducting of the gas, even less is understood how a public piece of ground can be transferred to a private company for installing a distribution centre for fossil fuels.

GOB has already expressed on other occasions that the only way in which it seems logical to consider gas is to use it as a substitute for fossil fuel and gas oil which is burnt in the electricity production facility in Mahon Harbour. In dealing with the principal point of energy consumption, the saving in emissions which could be obtained would be really significant and would serve as a transitional system while advances are made in the implementation of renewables and hydrogen vectors. The possibility of the use of gas by the main electricity company seems to gain favour according to information sent out by the Balearic Government.