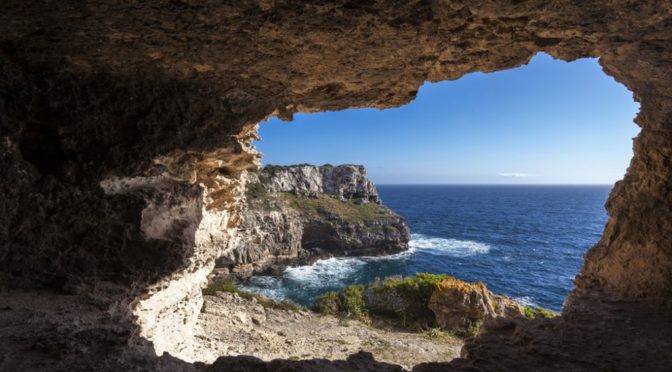 The Consell Insular and GOB are organising a walk for Sunday 24 September. It will be along different paths to the Castellàs de Caparrot de Forma, in Mahon which makes a large defensive wall isolating a coastal isthmus where there are, also, remains of habitation. There is also a set of caves that had funerary uses.

The excursion will combine the Camí de Cavalls with other paths along active agricultural land. The visit at the prehistoric remains will be explained by an archaeologist. There is no need to prebook.

The meeting point, at 9.30 am, is on the road to the Biniparratx camping site, where it crosses the Camí de Cavalls. The departure will be at 10 am. The walking level is of low difficulty. There will be a bus for the return (3 euros). It is expected to finish at 13.30 hours.

We take this opportunity to let you know that some days beforehand there will be a conference. It will deal with warriors and will be given by Luís Alejandre and Montserrat Anglada. This will be on Friday 22 September at 20.00 hours in the Cercle Artístic de Ciutadella.

The cycle Som talaiòtics? Viure a Menorca abans i ara (Are we talaiotic? Living in Menorca then and now) is a programme organized between the Department of Culture of the Consell Insular and GOB.

Thank you for your interest.