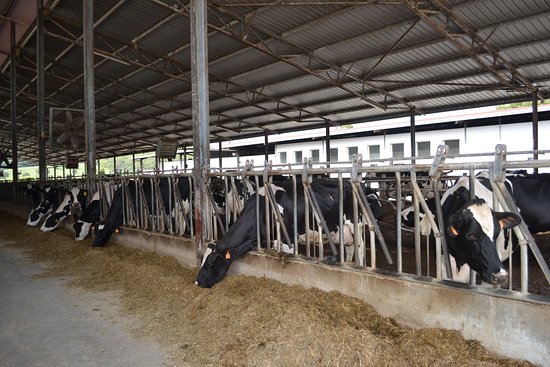 Menorca is seeing an avalanche of projects theoretically orientated towards a new offer of tourist accommodation in the countryside. But some of these enterprises simply seem to be looking for the old economic recipe: speculative property development. There are cases where it is easy to see through their proposals.

In principle, it does not appear to be a bad idea to create new establishments for rural tourism, nor to convert buildings for a country hotel. It can give an economic income complementing farming activity (and so help maintain it) and serves to open new areas of tourism different from the mainly sea and beach holidays, as well as helping to make use of unusual buildings.

As a result, there would be accommodation for more than 140 people and a farming activity left without supporting buildings for which planning permission would then be required. This will not be the first, nor the second case in the last few months (Sant Llorenç, Sa Marjal, Torralba…). Doubtless, the promotor is a limited company dedicated to real estate development.

This case of Son Vell adds to earlier known ones where they try to convert modern cow sheds with the intention of assigning them for tourist use, or use very remote buildings and turn them into bedroom accommodation (with the corresponding requirements of making up the surrounding roads, and putting in all the services, etc).

After analysing different projects, it is clear that there are no limits for seeking out new agricultural buildings, that there is no requirement of minimum antiquity for auxiliary buildings destined for tourist use, nor has any limit been put on the number of tourist places that can be made on rural land. When these results are seen, it is possible to understand some of the real motives of the campaign against the “Pla Territorial Insular” (Island Planning Permission) of the past years.

Now the door is open for building speculation in the countryside of Menorca. They begin by adding further projects (there are more on the go) aiming to use all the existing buildings in a place for tourist accommodation, intending to then add new constructions which could be justified for farming use (new stables, store rooms, oil mills, etc) but with no conditions to stop them making these buildings for other purposes.

What is striking is that none of them proposes reinstating farm buildings for their original use. All are committed to using existing buildings for tourism and to adding new buildings supposedly for farming purposes. Menorca has been able to achieve saving country land from urbanization – such as neighbouring regions suffer – because of a legal point which some specialist law firms can use to advantage. However, there are cases like those mentioned which discredit other initiatives that could be both interesting and valid.

All of them try to cover up with an aura of introducing a different form of tourism. But, when looked at closely, their operations are clearly marked for traditional building speculation by buying or having rustic land, getting licences to construct more buildings and then selling on at a high cost (all or part of the property is sold with private agreements). They do not open up new economic dynamics. In reality, these are old dynamics that have already been surpassed.

Legally, they are processed like complementary activities to farming (which stays, as we see, purely as a token, if it is there at all). Furthermore, the projects are processed being declared for the general public interest.

GOB has been making allegations on different projects warning of the contradictions which can be detected in these types of initiatives, and of course, arguing that there is no aspect of their claims that can be considered in the general interest.

On urbanisation issues, few things are usually coincidental. At the moment, Menorca is still regulated by the Norma Territorial Transitoria (Temporary Land Regulation) approved by the last government, for which reason some laws have not been revised. The combination shows results which few people expect, but some specialist law firms know how to sort them out.

The current government needs to find solutions quickly against this new threat which has no appearance of stopping.