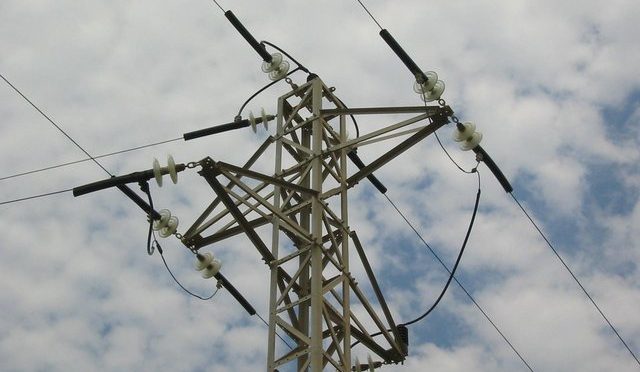 Centuries ago, Machiavelli warned that the iron hand is usually disguised by a velvet glove. When the true nature of things becomes apparent, there is often a risk that while power is maintained, authority is lost. And when authority is lost, it becomes difficult to keep control.

The tornado that battered Menorca recently, has severely dented the image of some elements of the framework that hitherto defined many aspects of our electricity supplies. This cocktail of adverse natural phenomena, too freakish for anyone to foresee, has ripped off the velvet glove and exposed the iron hand.

The privatisation of state companies began during the era of Aznar. The sell off of state provided services was promoted as being a way to open up competition and ensure price reductions for the public. Since then electricity bills have done nothing other than increase.

The entire national grid, which distributes electricity throughout the country, was placed in the hands of a new company, REE (Red Eléctrica Española) – which is 80% privately owned. But as all economists know, not all markets are the same.

Many commercial activities can thrive in the competitive, private sector – be it the sale of clothes, shoes or foodstuffs for example – for the benefit of consumers. This works well, provided the latter are not unduly influenced by excessive or misleading advertising and are able to choose freely on the basis of quality versus cost.

But when it comes to the national grid what competitive element can there be? How can any other company set up an alternative electricity distribution network?

So what is the impact of privatising such an essential service? Maybe the company loses interest in those activities that are least likely to improve its profitability. Perhaps it will neglect those services that are important to the community but of little interest to shareholders, whose primary motive is profit.

The recent unprecedented loss of power, which many people suffered, lasted several days and raises important questions that demand answers. For example, why did the REE fail to foresee the need to replace the underwater cable (from Mallorca) installed in 1975 which no longer works? The responsibility lies clearly with this entity that is now 80% private.

Some people object to the fact that some initiatives take too long to implement due to environmental considerations. But such delays are at least due to the need to respect legal obligations. For the last three years we have seen how a major photovoltaic power generator, with the capacity to generate renewable clean energy sufficient for 20% of Menorca’s power needs, has remained unused. All the necessary permits had been obtained but it could not be connected to the substation in Ciutadella because REE refused to authorise its connection.

Nobody has been able to explain why this authorisation was not given, but everyone knows that the obstacles erected against renewable energy from the Pyrenees to the rest of the country were against the common interest. It is clear that in certain areas some of those who govern are unfit for public office.

Now that the new Minister has unblocked the logjam (it is clear how easy that was), REE has announced that the Ciutadella substation is too small to process the increase in energy supply and will therefore have to be upgraded before the connection can be completed.

their solution: namely to lay a second underwater cable (at the moment, we do not have even the first one working) which, once installed, would enable gas powered stations in Mallorca to generate electricity for Menorca.

In short they are saying that they have no intention to provide renewable energy. This is in spite of the fact that on this island, an important grouping of all the economic, social and institutional bodies are clear about the need to reduce carbon emissions and increase the production of renewable energy.

It has never been a good idea to put all our eggs in one basket. The diversification of energy production is strategic and the introduction of renewable energy is an urgent environmental and economic necessity.

The iron hand has been unmasked. We now need to launch all the institutional tools at our disposal, with the widest possible public support, to overwhelm these corporate dinosaurs which still have power but which have lost their authority.