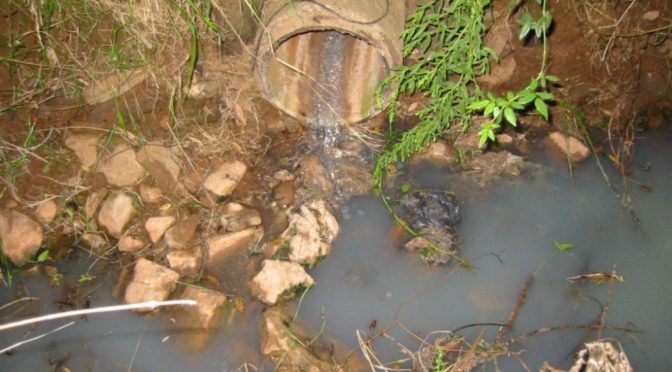 Sludge highly contaminated from heavy metals found in the old municipal sewage plant of Ferreries has turned into an environmental problem which has to be confronted.

It is not easy to deal with 8,700 metric tons of mud. In addition, political battles and the effect of nimbyism (not in my back yard), make it even more complicated. GOB believes that we should communicate the correct information and not leave it to the manipulations of self-interested parties.

Since this serious problem was detected, different options have been put forward. Two of those considered by the Balearic Government (i.e. the department which deals with toxic waste) are that the sludge could be encased in cement, or it could be removed off the Island. The corresponding costs grow to between 1.2 million and 2.2 million euros.

For its part, the Ferreries Town Council (responsible for the sewage plant that created the problem and for the municipality now affected) proposed studying the purification by plants and bacteria.

All the options have positive and negative aspects. To encase the sludge in cement is the most economical, but it means turning the sludge into a definitive waste and leaving it in Ferreries. This does not appeal either to those who want the material recycled, or to those who would like it removed from Menorca.

On the other hand, to take the material away from the island is much more expensive, but will always win applause from people who perceive leaving it here as unsightly and unacceptable (the nimby effect). It could make sense if it were to be recycled and the contaminants reused.

The option offered by the Town Council (decontaminating with plants and bacteria) was an intermediate solution. The municipality assumed its part of the responsibility as the problem became apparent and proposed a process of decontamination using natural methods. It seems that there are examples of using plants in situ (phytoremediation), but the Government alleged that it would be a huge process and subject to dangers from lack of control.

Meanwhile, as the pros and cons of each proposal were evaluated, it did not help the fact that in some communication media it was stated that what was required was to inter the poisons, or that the mud should be thrown into the Trebalúger stream. A little more rigor on giving out information would be appreciated.

There is minimum honesty and a lack of consistency from those who now criticise GOB by complaining that it did not protest with as much force as it had done over the dredging of the Port of Mahon. It should be remembered that in that controversy the initial idea was to throw the contaminated mud from the Port into the nearby open sea. The talk was from then on to have it controlled. The debate now is whether or not to decontaminate or to confine the toxic waste, and whether or not to do it in Menorca or abroad. Throwing it out into the environment or encasing it are not suitable options.

The companies who did not first clean their waste water, the technicians who looked the other way, and the politicians who consented to let these waters arrive at the sewage plant without complying to the regulations of sewerage are all to blame for the current situation of the contaminated sludge. There are also those that previously manoeuvred so as not to demand responsibility of the companies and now have become supposed ecologists.

Contamination was raised not only in the old sewage plant during those years of lack of environmental control but also a great deal of contamination went into the gully and perhaps to the beach (in 2009, analysis showed many heavy metals in suspension).

We must now concentrate on the contaminated sludge of the old sewage plant, which is where we can act in a responsible manner. This is where the problem has been created and where we must tackle it. The first option ought to be to recycle the contaminants either here or abroad. But if it has to be taken abroad it will have to be encased in concrete, or similar, and will cost much more and we could encase it here.

While we are deciding we must to learn to question incendiary publications and headlines.