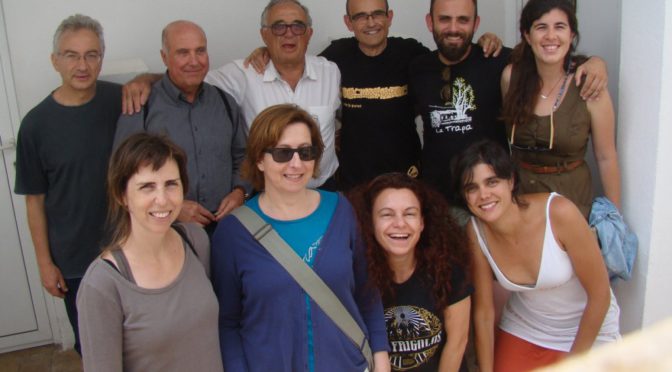 The problem of water in all the islands is of great concern to GOB. In addition, trying to find new scenarios which are not affected by the constant increase in growing tourism, were high on the agenda of the interinsular meeting of GOB on 11 June.

Representatives from the Boards of Directors of GOB from the islands of Mallorca, Ibiza and Menorca met last weekend in Menorca. This was the annual meeting which has taken place for many years without interruption and where subjects that are common to all are discussed.

The lowering of the quality and quantity of water resources are problems which occur throughout the archipelago. The years of tourist development, as well as in part the transformation of agriculture, have put so much pressure on the historical method of water consumption from aquifers that in many areas these have become salinated from the intrusion of sea water as the fresh water levels become too low.

To the problem of the quantity of water is also added nitrate contamination, originating sometimes from farming (poor management of manure or excess fertiliser) or from urbanisations (especially from the thousands of houses without sewerage). GOB considers that the problem of water is now at a point that requires urgent attention and should be prioritised by the public institutions and the public itself.

For some years, now, there has been European legislation which demands working for the improved care of large bodies of water. Current legislation from 2015, aims to have coastal, surface and below ground waters in good state. We are very far from this commitment and cannot go on postponing the programme of practical actions which were raised some time ago.

Moreover, the crisis situation which exists in Ibiza due to overcrowding from tourism growing without limits, is also found in Mallorca where similar problems occur. It is worrying that all of the archipelago could end up in the same way if nothing serious is done for an alternative method of development. Tourism, when it reaches certain levels, far from being a sustainable economic activity turns, in many places, into a type of extractive economy depleting the physical resources and lowering the community living standards.

GOB will continue working to stop the changes which are considered to produce adverse effects and to promote alternatives which would give a better quality of life to the island populations. The realities are often different for each island, but the issues that are common to all need to be addressed jointly and with maximum efficiency. The interinsular meeting was very satisfactory in the sense that it revitalised the sprits of all who took part.