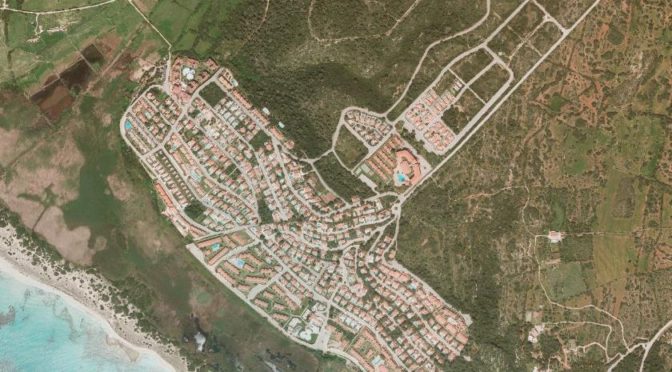 One of the major problems that confronts Menorca is the shortage of water resources. This is a difficult matter to resolve because it is the Balearic Government that is responsible for its management and there have been successive cases of inaction, lack of transparency and failures to complete obligations. This is not a new problem, but it is never sorted out and in some cases becomes much worse. The latest example is from the increase in building development wanted at Torre-solí.

Well known are the cases of large irrigation systems that water all summer in full sunshine, while there are campaigns for people to use water in moderation. Legislation on the matter is breached by not demanding the use of meters in good condition, nor sending the readings of the extractions to the Office of Water Resources at the Balearic Ministry of the Environment.

GOB has made some official complaints about watering in full sunshine this summer and has asked that inspections should be made to see who has abused the use of a scarce resource on this island and whether or not they have complied with their obligations. There has been no reply. To be able to see what was done in previous years it was necessary to engage a lawyer – this is transparency by the Office of Water Resources.

Recently, there has been another paradigm case. At Torre-solí they want to carry on enlarging a development with 400 chalets and a new hotel. However, the Pla Parcial (Territorian Plan) since 2008 says that it is not possible to increase the amount of building without enlarging the sewage treatment plant. To allow growth without any guarantees for the purification plant could end up seriously affecting the wetlands of Son Bou with its much-visited beach.

The promoters are trying to dodge this requirement and are negotiating to increase the discharge of purified water in an area of pines, but without undertaking the required extension of the sewage treatment plant. When it came available to the public, GOB went to consult the file and found that they were using technical documentation from 2003, now obsolete and out of date.

An official request was made asking that current documentation should be presented that would comply with current legal requirements. The Department has replied that they have made a favourable report and that they will continue with the proceedings.

GOB wants to make the public aware of the situation. A new document has been presented to the Office of Water Resources warning that their decision violates the right of administrators to query the documentation properly during the specified period made available for public scrutiny, and that this is an unacceptable procedure that, if it is not accompanied by adequate information, is clearly obstructive.

At Torre-solí an increase is being planned for wastewater of 31%. This is to happen in a place where the Pla Parcial establishes, in its planned phases, that an enlargement of the wastewater purification plant will have to be made before building development can take place.

Given that this conditioning of the Pla Parcial was produced in 2008, it leaves the documentation made for 2003 invalid. However, it was the 2003 documentation that, inexplicably, was made available for public scrutiny on 31 January 2019.

It should be remembered that the purified water discharges into the wetlands of Son Bou, designated an area of High Level of Protection by the ANEI (Natural Area of Special Interest), a Place of Community Interest and an Area of Special Protection for Birds.

As no logical answer is expected from the above mentioned Office of Water Resources, GOB is making a public request to the President of the Balearic Government, Mrs Francina Aremengol and to the Balearic Minister for the Environment, Mr Miquel Mir to take an active interest in these matters.

Menorca cannot continue with an issue of such importance as water to be left in the hands of a department that constantly refrains from meeting its obligations. That way it is impossible to reverse any negative undertakings.

If the Balearic Government has too many emergencies to deal with in Mallorca or Ibiza, initiate procedures to transfer the management of water to the Consell Insular of Menorca, in order to make it possible for more rational control.