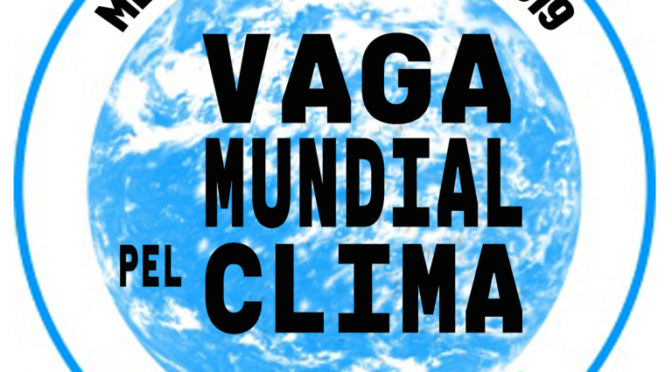 Menorca will join in the world strike for the climate called for 27 September. The idea is that a maximum number of people will parade for a minimum of 15 minutes at 12 noon on Friday 27 September.

Various associations, groups and people on a personal level, have been gathering in Menorca during the last few weeks to prepare acts of support for the world strike on climate. They have agreed a local manifesto and ask for maximum publicity. The environmental problem caused by climate change is very severe and solutions have to be found as a matter of urgency.

Go ahead rapidly with renewable energies; cut down to the maximum the current functioning of the central power station; tackle public transport and policies for less contamination; make conditions for new building with respect to the consumption of resources; enact policies for water to avoid future desalination plants…these are some of the matters cited in the agreed manifesto.

To make a significant change, not only public institutions need to be involved, but also businesses and the general public. The problem is sufficiently important to try to cut across all ideologies and political situations. Everyone can help and it is a question of finding the right way.

There is a programme of events for days before the 27 and information will be sent out continuously.

Right now, please publicise the event and manifesto as much as possible and make use of all your methods of communication on social media. Much is at stake.

One thought on “27 September: Menorca with the wold strike for climate”