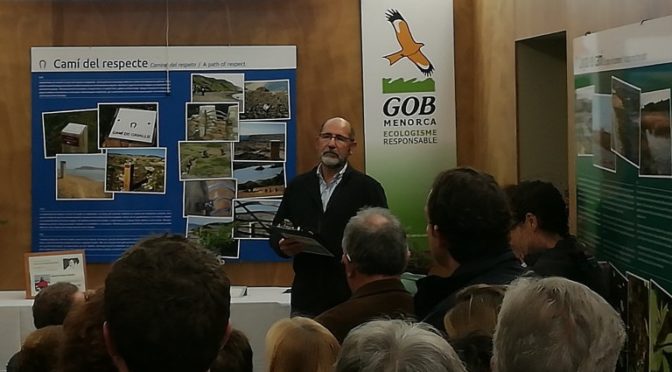 It seems like only the other day since I became the President of GOB Menorca but it has already been two years. I have to say that the time has passed very rapidly and that it has been an extremely happy and enriching experience.

One of the objectives I proposed, when I started, was to draw attention to the existence of GOB to those parts of the Menorcan community that until then had proved difficult to approach. I know that we have already achieved a great deal at a local level as well as with outsiders. Comments are often made that it is principally because of GOB´s work, amongst others, that we have a well-conserved Menorca and that we have known how to move forward on environmental matters. As a result, Menorca has received many European honours and prizes. We ought to be proud to belong to an organization that has been, is, and will continue to be a key social element of Menorca.

We now start a new stage of another two years in which we must continue with the work we have done up to now, with rigor, persistence, coherence and dialogue in order to achieve the objectives we have set. There is no doubt that they are attainable by working together as we have always done.

Finally, I would like to give heartfelt thanks to all the people who form part of our organisation (volunteers, members, professionals, helpers, companies, media, etc). Their support and help during the last two years has made my task much easier. I would also like to give thanks for the confidence placed in me at the last General Meeting where it was agreed to extend my tenure as President for another two years. I hope to live up to the position, as it deserves.

To end, may I wish you all a happy Christmas and New Year with good health, happiness and less pollution.